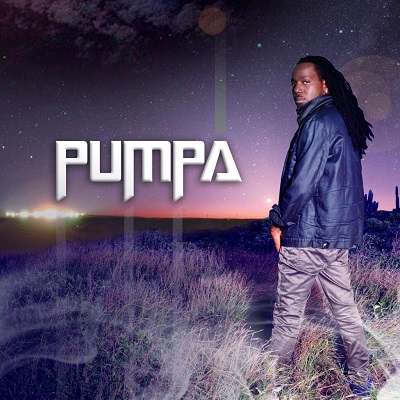 There are some artists, celebrities, entrepreneurs you meet, you talk to and you want them to succeed. Do you ever get that feeling?  You want them to succeed so bad it feels similar to they being your close blood relative.  This is how I feel about wanting Pumpa to achieve even more than he already has.

Pumpa (Dennis Liburd) was born in St. Kitts but moved over to St. Croix (Virgin Islands) at a young age.  He initially began singing reggae (even opened for Elephant Man the Energy God) but made the transition to soca.  After playing with various bands, Pumpa decided to go against the grain of the local culture and become a solo artist. Arguably, Pumpa’s most well-known international hit is ‘Massage’.  He has won the title of USVI Soca Monarch King for his hit song ‘Honk Yo Horn’.  He won the title2014/15 VI Soca Party Monarch.  We sat down at a pub in North London, England along with his manager to find out more about this soca artist from the US Virgin Islands. How did the name Pumpa come about? I was in elementary school and I am very athletic.  Through playing basketball, I would shoot the ball from one end of the court to the next easily and make the shot.  People would say I ‘used to pump’ cause I was too strong.  As I went into junior high, I started doing talent shows throughout the school and the name just stuck with me as I would pump the crowd, get the crowd happy.

Why a musician and not an athlete?  Well I did both at the same time for a while.  At junior high, I was more into sports as I didn’t really see myself being an entertainer.  When I was in High school, I was still into sports.  Sports actually got me a full-time scholarship in college. But the music started to pick up and I made money through the music. Music got me through college in terms of having money in my pocket. Then once, we had a big game in college and I had a big concert back home in the Virgin Islands at the same time and I had to choose.  This was when I knew what my calling was because I went back home for the concert.

Did you ever regret that decision?   Not really because I am ok…  I’m ok right now. At this moment, I can’t see myself doing anything else.

You started off with reggae/dancehall first.  Was it a hard decision for you to make to move from reggae to soca?  No because where I live, soca/calypso music is the bread. Reggae is not a driving force in those areas. Throughout the Caribbean, the only place you can make a money from reggae/dancehall is in Jamaica.  So, when I made the transition, it felt right.  My first recording, I won road march in St. Croix.

When you were starting off, who influenced you?  Machel Montano and a guy I’m not sure that you have heard of him called Daddy Friday.  He is a legend in the Virgin Islands music industry.  When I get to an established role, I will bring him across because people need to know who he was.  He was our Machel Montano for the smaller islands.

If you had to describe your sound, how would you describe it?   It’s very diverse.  I don’t really have any borders in terms of sound as I can sing reggae, hard core reggae. I can do pop.  I can rap when I feel like.  I tend to probably have a more ragga soca sound. But still if you listen some of my songs, I can serenade a woman too at the same time.  I’m versatile. If I must step out in terms of when I get older, I have to think about what music fits at what age too. Reggae music is a fitting sound when you get older. Freddie Mc Gregor, Taurus Riley, they still doing their thing.  But when it comes to soca, it is more jump up, up tempo.

So, you’re already thinking about when you get older? The transition?  I’m thinking about it as I am watching the older soca artists, especially Machel.  I study him in terms of what he is doing especially at his age.  If you realise, he has gotten more spiritual.  Me at this young age, I have to think about when I get to that point, how can I make that transition over to something that can last till I am 70. What has been the highlight of your career so far? That’s a good question. Let me see.  Well having shows over here in London.  That was definitely something I always dreamed about. It is the other side of the world for me. I was the first solo artist to win Road March in my area. That was significant. Because where I live it’s not about… well now since I’ve gone solo, there are more solo artists in the Virgin Islands. It’s more like a band environment.

So what made you want to go solo?   I was more thinking about the international platform.  And to cross over, it is much harder to cross over in a band. Also, I was going through too many changes in the bands.  It is very hard to keep everyone in a band happy. I changed bands three or four times.  So far, it was the right thing for me to do.

Is there anything you would like to work on a bit more?  Well I always think that everything you do is a work in progress. I could probably write a bit better for a wider audience. Do you think soca music is recognised enough? As other genres seemed to be picking and may not acknowledge it comes from soca.  Well the thing is we do not have the platform as the Jamaicans do. So, for example if Sean Paul or Vegas say something, it will reach back to the hip hop world.  But I don’t think we have that platform to mention certain things. If Machel or Bunji go up on Instagram and pull up a video, it probably might touch some places.  But soca isn’t there yet. Machel and Bunji are doing their thing to try to make sure it is a certain place, but we are not there yet to tell them ‘Yo…’

What do you think needs to be done to get to that place? Well one thing I would say about soca, soca is not a Trinidadian thing. It is Caribbean music and the only way we can get our music out there more, we need to involve other Caribbean islands.  It seems to be a bit based when it comes to soca. If it was only up to Jamaicans to push reggae, reggae would not be such a big thing. Over Europe, reggae is huge.  There are other people involved.  Other islands need to have more of a role in contributing to soca.

Do you think there are barriers involved?  Yes, very much. That is what I am saying.  Even though I am friends with a lot of the big Trini artists, Bajan artists, I feel they try and keep us out of a piece of the pie.  Happily, now St. Lucia getting a bit of a bligh.  But there are other islands that have a sound out of the ordinary that has something to contribute to soca; Grenada, the Virgin Islands, St. Kitts. Even like the Kompa, from Haiti.  If we were to involve Haiti.  Haiti is a next big…  that would help soca.  But I do not think, they involve enough of the Caribbean. Just a few that they welcome in. The rest is either that you fight your way in or you’re on your own. 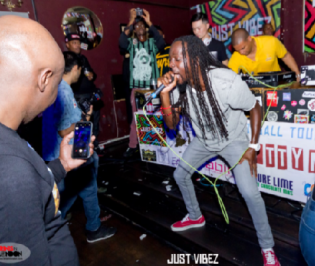 You have all those barriers. What makes you keep going? It a belief.  You have to believe in yourself and I very much believe in myself. I have a passion for music.  I can’t see myself doing anything else and I feel like I am right there. I don’t know what it is.  I feel like I been through so much and I feel like there must be some reward for all of this nonsense I have been through.Where do you get that belief from?  Well I’m spiritual too. I use it to keep me up. The belief in myself is crazy.  Like I tell people I have a story to tell.   But it is the right time to tell the story.  I have to wait for the right time.

Is there anyone in particular you really want to collaborate with in the future?  Machel for sure. Sean Paul played a huge role in terms of my dancehall, so I definitely would like to collaborate with him.  I actually have the song ready too [laughter].

Where are your biggest fans?  Where do you get the most love?  Grenada and Antigua. I had a song ‘Massage’ that went through Grenada like a storm. The sound is kinda close to the Grenada sound.  And the concept of the song, Grenadians like that kinda vibe. Me and Mr Killa, our vibe on stage is similar and people say that we kinda look alike so they show me a lot of love. The Grenadians show me a lot of love. And where would you like to get more love from? Well I’d like to get more love from the entire Caribbean you know? Trinidad and Barbados. Because those are the mecca of soca. But once you get that Trini love, it spreads out. And in terms of you here and now what can we expect from you for the next year?  Well the single out now is doing very good so the focus right now is one the Ayayay single. We will be dropping a video for it soon.  And I have some music that I will be releasing just now, and it will be a different vibe. I was supposed to be going to Africa in December but that might change. 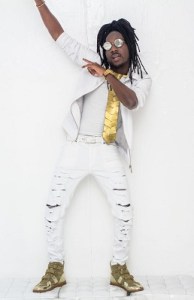 So, this is where Pumpa is at right now. He’s focused. He’s determined. He has accomplished much but he wants to accomplish more. He has gone through the challenges and setbacks associated with coming from an island that is not traditionally associated with soca gold. He has gone through the proverbial fire like a piece of metal going into the forge and has emerged stronger, transformed into an artist prepared to stand on the world stage.  In himself, he has an unyielding belief due to his faith. All he needs is that one break. He’s ready.

For more information on Pumpa, please visit iampumpa.com, Pumpa at Wikipedia, Team PUMPA on Facebook, iampumpa on Instagram. Images with this article are by TrinisinLondon or used with the authorisation of Pumpa and his manager.  Many thanks to ECC bookings and the Just Vibez team

UK Soca: One The Band; All about live music!

UK Soca Artists: Sunshine and Nadiva; The Diva and the ‘Gangsta Lean’ 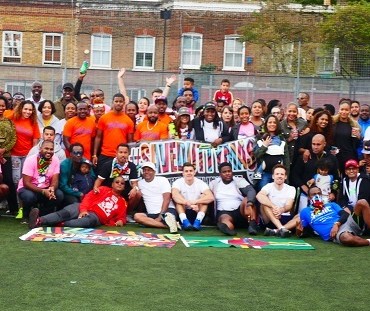 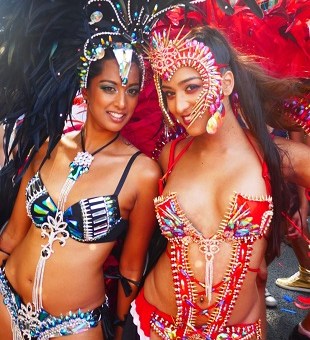