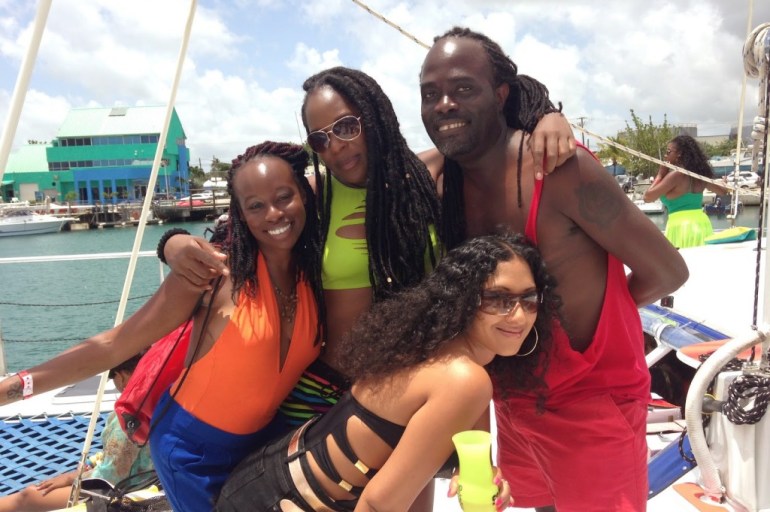 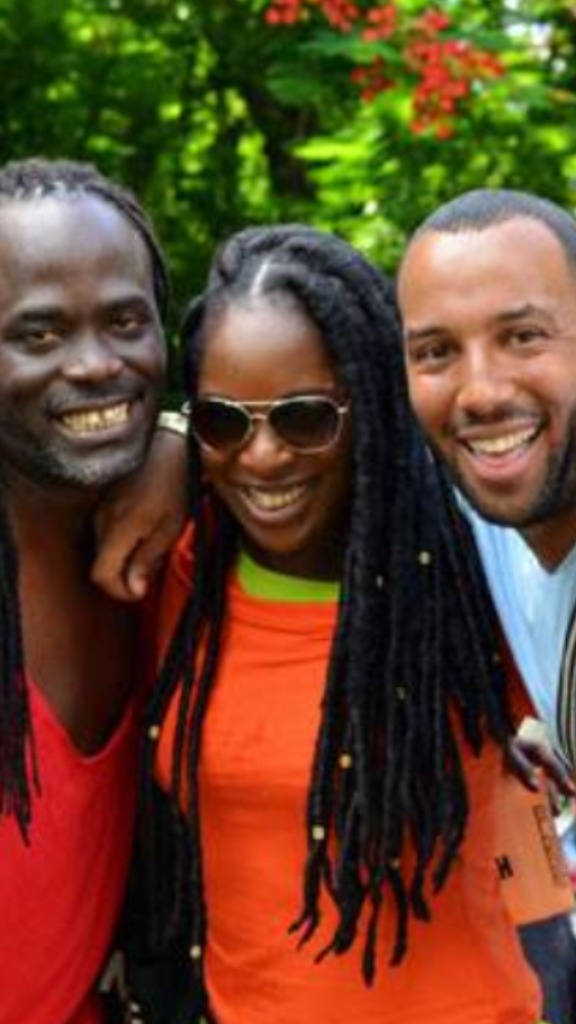 Sunday was crazy!  We had two well established events to get to; Scorch breakfast fete and Limerz boat cruise. They overlapped a bit. We wake up early to get to the Scorch fete.  Must have arrived by 7am? And the place was already busy! Had to leave there by 9:30 to make sure that we get to the cruise location on time. It was stated that we had to be there by 11am. One of the PR chose to opt out of that and meet up at Limerz.

The Scorch fete had an international flavour to it in terms of attendance. Seemingly, there were quite a few Americans and Trinidadians.  This was an all-inclusive breakfast fete.  I was not too impressed with the breakfast spread to be honest. Neither was cuzzy Dellian.  If the organisers could have seen the look on his face, at the very LEAST, they would have gone to Chefette one time to get something for him. BUT it was nice enough venue and the crowd got into the swing of things. 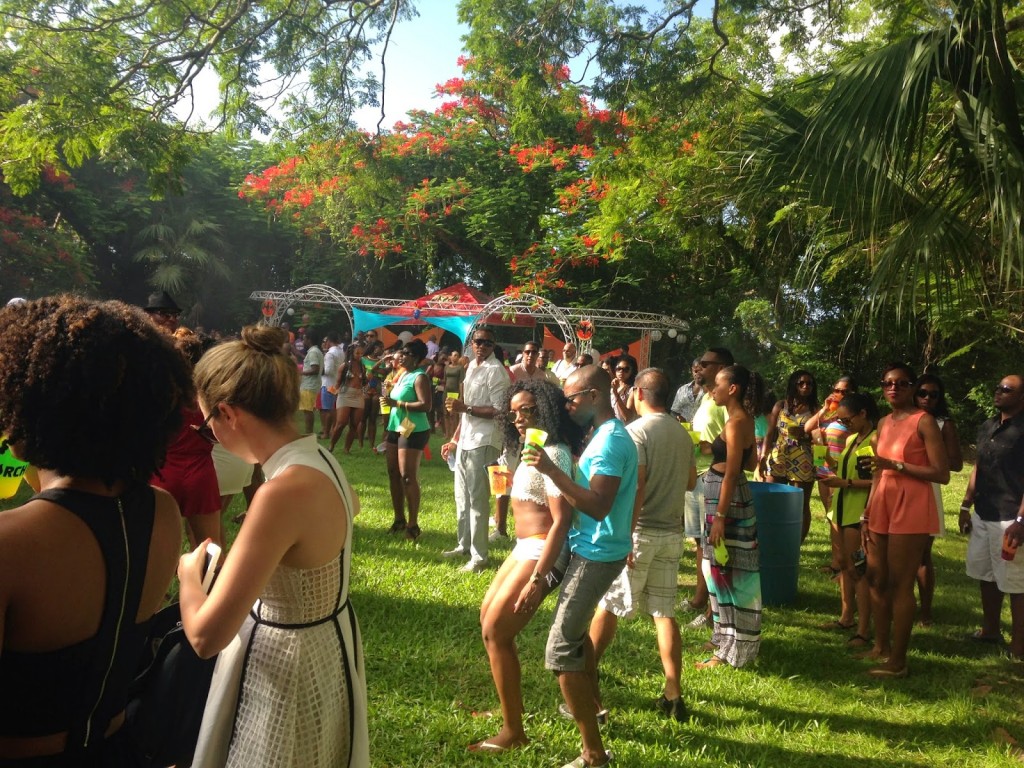 Ahem.  A certain member of the PR crew felt a little delicate after an overindulgence of food the night before. His poor tummy was not happy with him at all. He had to retire early from Scorch and the rest of the day’s events to rest up, and let’s say to have easy quick access to set known facilities. We caught up with Nicole Bacchanalist from London (didn’t have the opportunity to lime with her much till then) and had a good time. By now we were very familiar with the more popular songs; Feeling ah feeling, Ben up, great day, Bacchanal road and we were ‘ducking’ with the best of them.

We left Scorch well before the end around 9:30 and headed to Limerz. Energiser bunny was replaced by the bacchanalist for the Limerz cruise. The cruise’s reputation preceded it.  I was told by Sherry that if I do only one event, it has to be Limerz cruise. And after a very long wait to get on board, it did not disappoint. Seven boats, colour coded and packed with enthusiastic feters. We were on the red boat. Good food, lively people and good DJs including Private Ryan.  Probably my best event after Canboulay. One of the staff members from our Infinity hotel was on our boat for Limerz and she knew how to let her hair down and have fun.

But let’s forget about the Limerz feters for a moment. Let us pause. Breathe out the breath we did not realise we were holding and appreciate the gyrating abilities of the Limerz CREW! Oh my sweet Jesus on the cross! No no no. Some things should really be pay per view only! Wha! Bajan men know how to pelt waist! One lady looking at the waistline of a particular crew member exclaimed ‘I just got pregnant!’ Loool There are some lines you will just never forget!

At certain sections of the cruise, all the boats were in close proximity to each other and it seemed that there was some friendly rivalry as to which boat was the most… energetic. We stopped for lunch on a beach somewhere and some of the Limers from the other boats came to jam on our boat. But they were shoo shooed back to their boats before we moved. 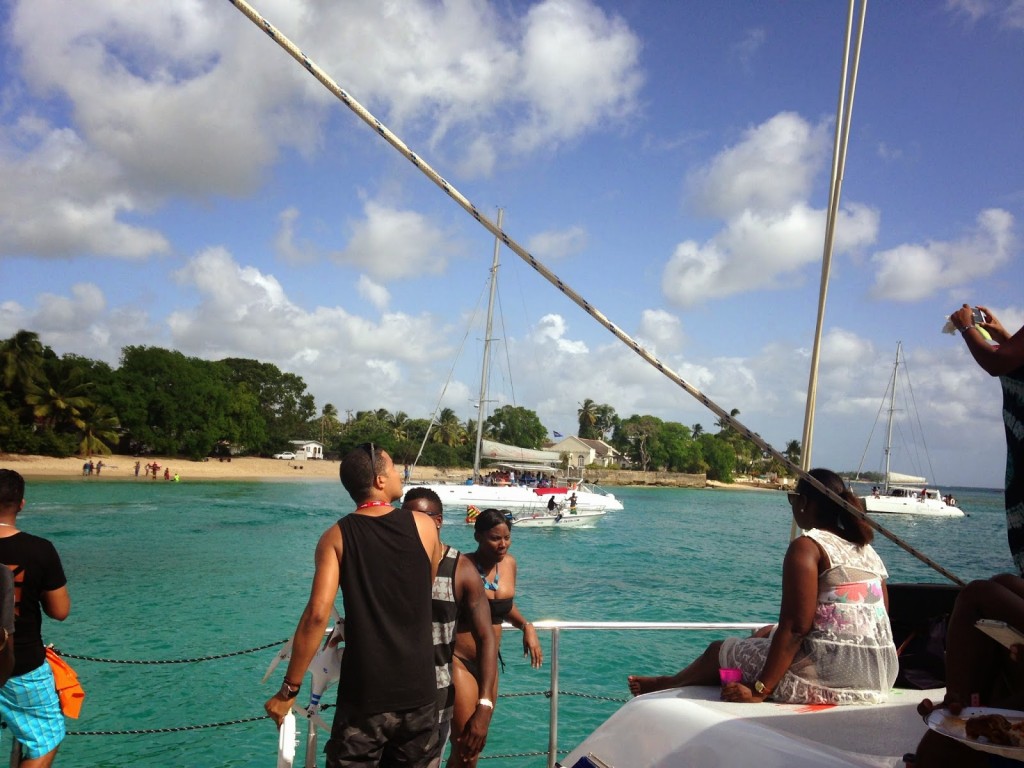 What time did Limerz end?  I remember it was early evening. Probably about 7ish? No it had to be earlier than that as it was still light. I remember not going out feting that night as my make-up appointment was 2am. Yes 2am carnival Monday. Ah so it go. 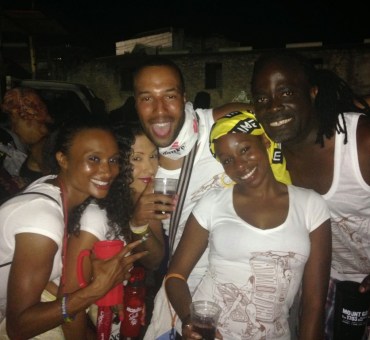 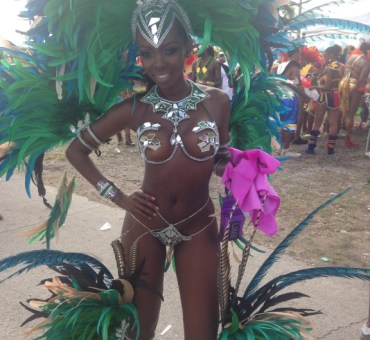