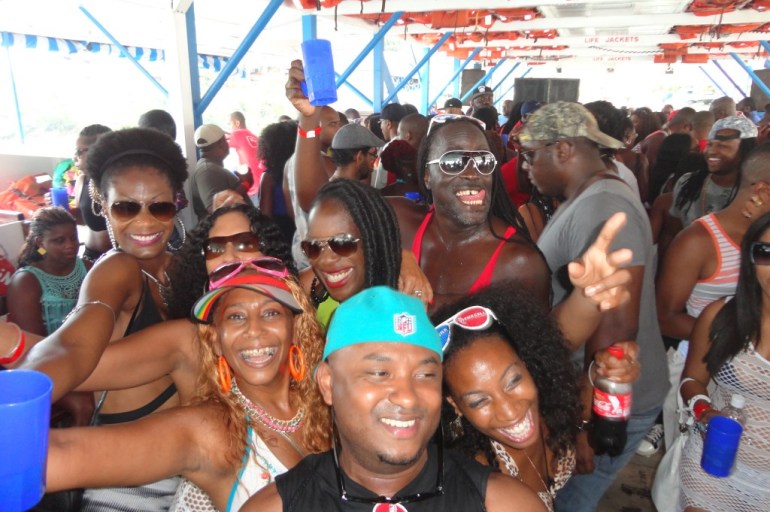 The one event we had to book months in advance for Grenada was the Bikini Cruise. I had such a good time at this event last year and this event gets sold out pretty quickly. Limerz cruise in Barbados was great! BUT.  Bikini Cruise in Grenada??  That was Fantastic!

The usual waiting around to get to the boat at the Grenada Yacht Club. We were told to get there for 11? Yessssss about that. We did not leave for a while. These cruises NEVER leave on time. That gave us enough time to have some free drinks, take pics and get in the swing of things. 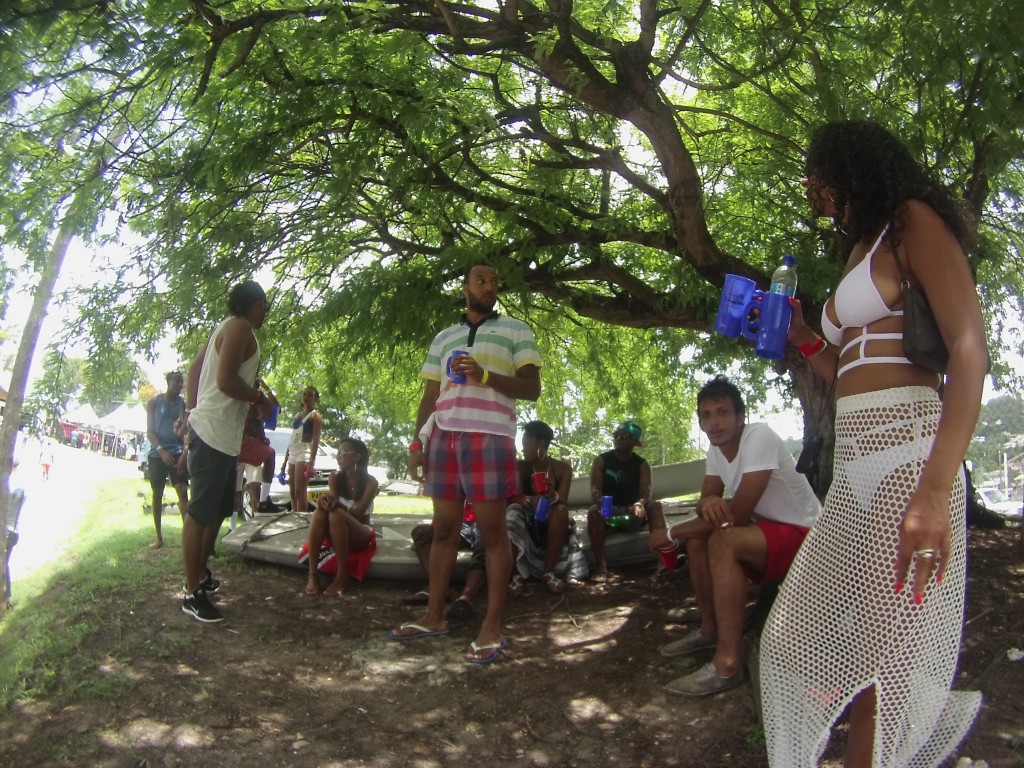 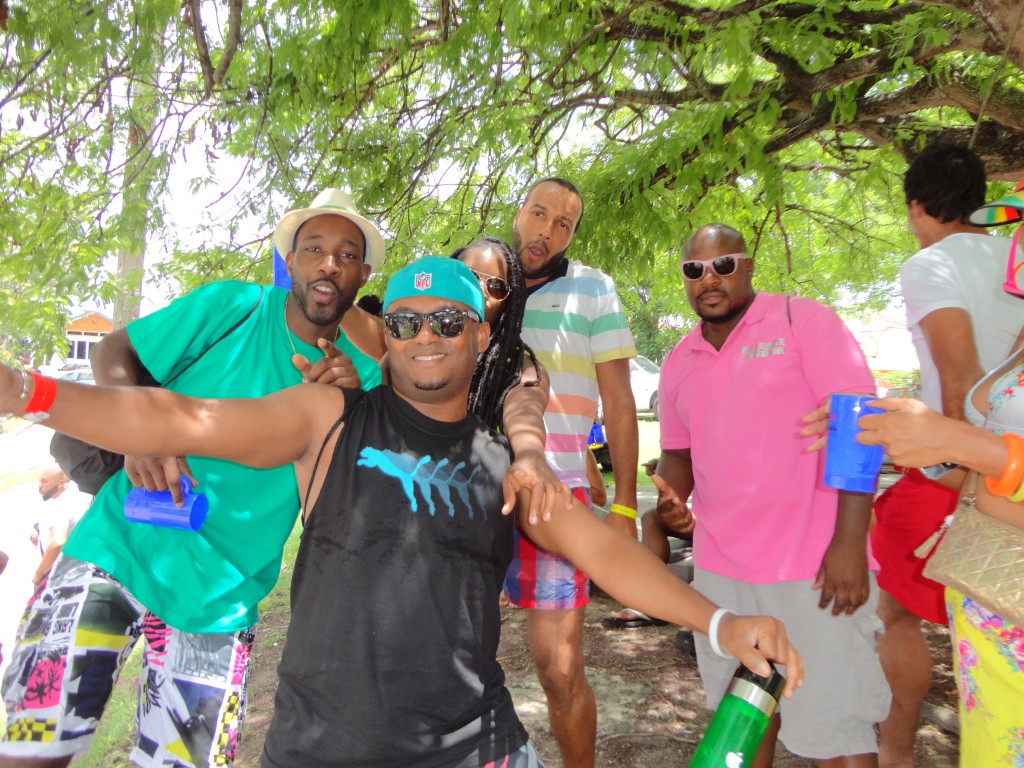 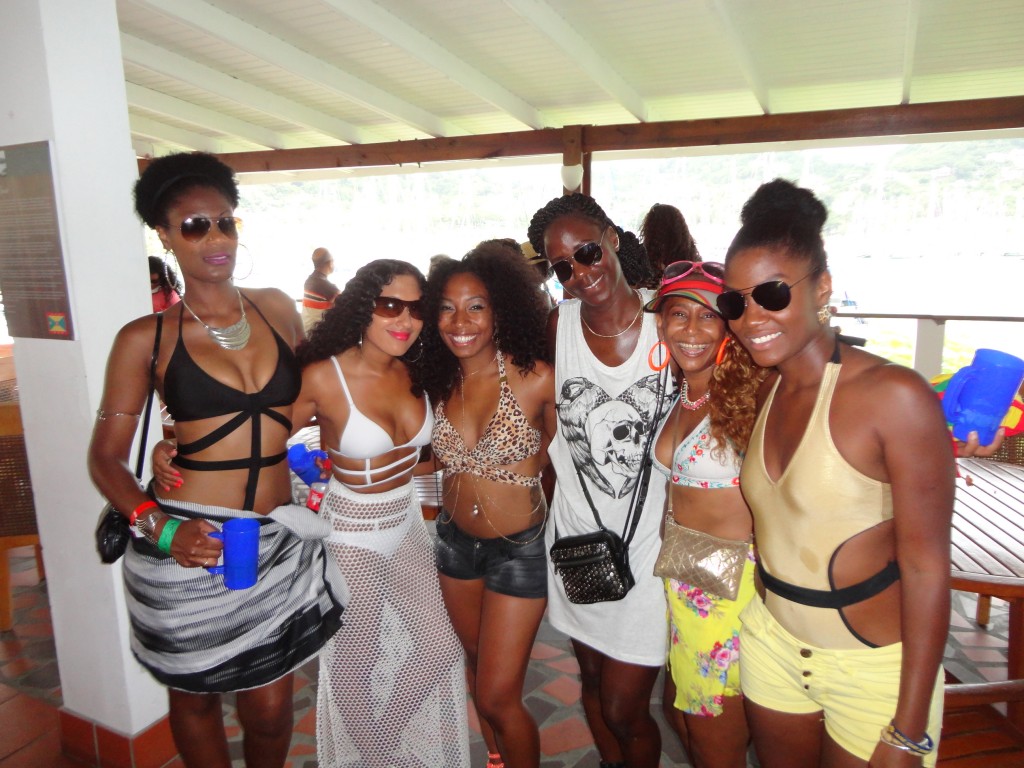 The cinna villa crew take no time to get in the swing of things and get crazy! Cuzzy? Energiser bunny? African Guru? Jack Iron tap out? Wha? They had a great time? One of the above actually played the drums on a bumsie whilst wukking up on the given lady!! LooooooLLL!! Too funny! Now there are some of us from the London carnival band I am part of (Bacchanalia Masband) in Grenada this year. And Bacchanalia is notorious (as its name denotes) for drunken revellry and having a good time. On the bikini cruise in Grenada?  Bacchanalia represents!! The music was great!  Had some spontaneous performances from artists such as Tallpree. The bar never stopped giving drinks. 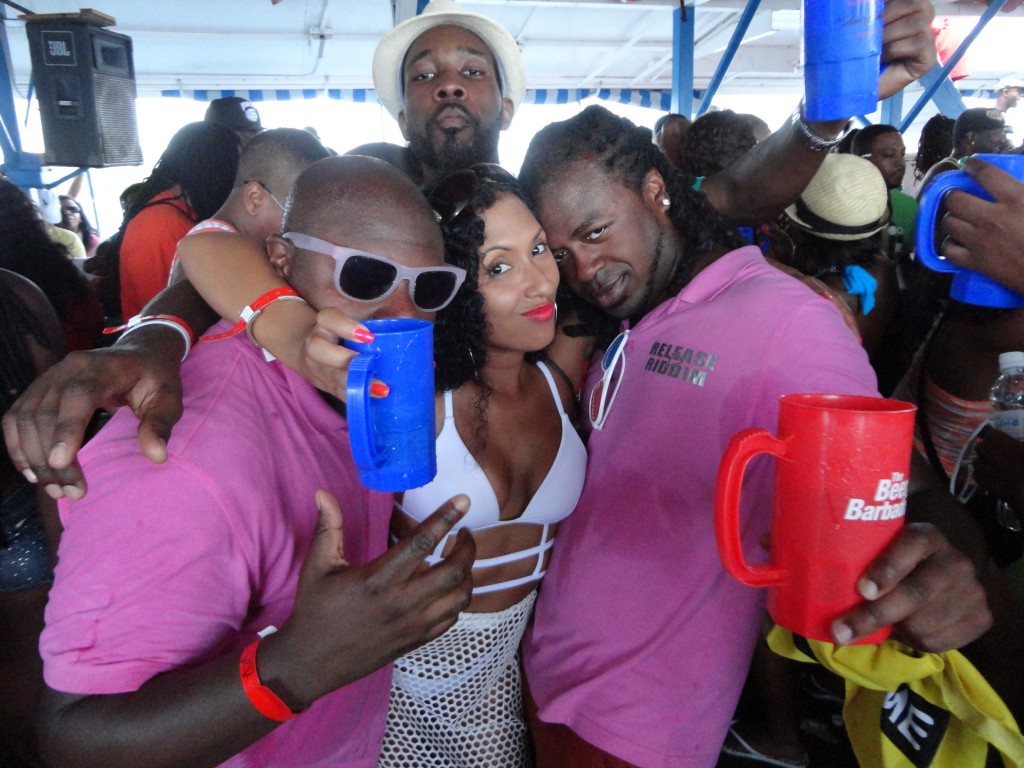 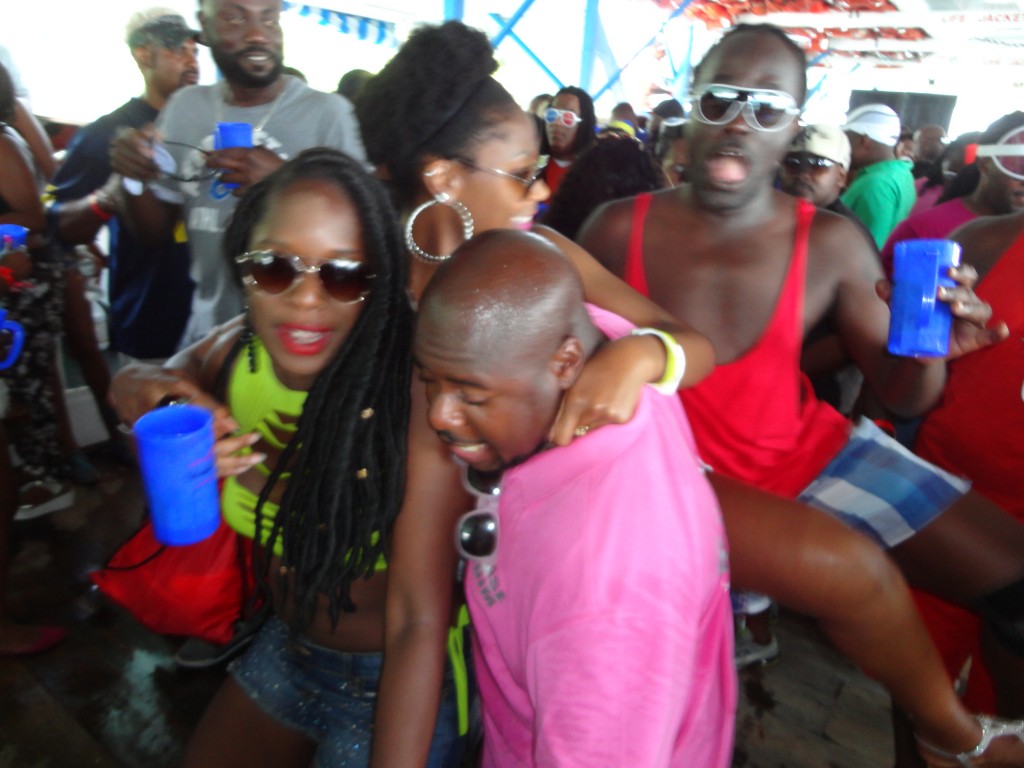 At the end of the cruise?  Party never done. Welcome to the foam fete!! Right in the front yard of the Grenada yacht club! Me I head straight into the foam. Was awwwwwweeeeesoommmee! I loved it! 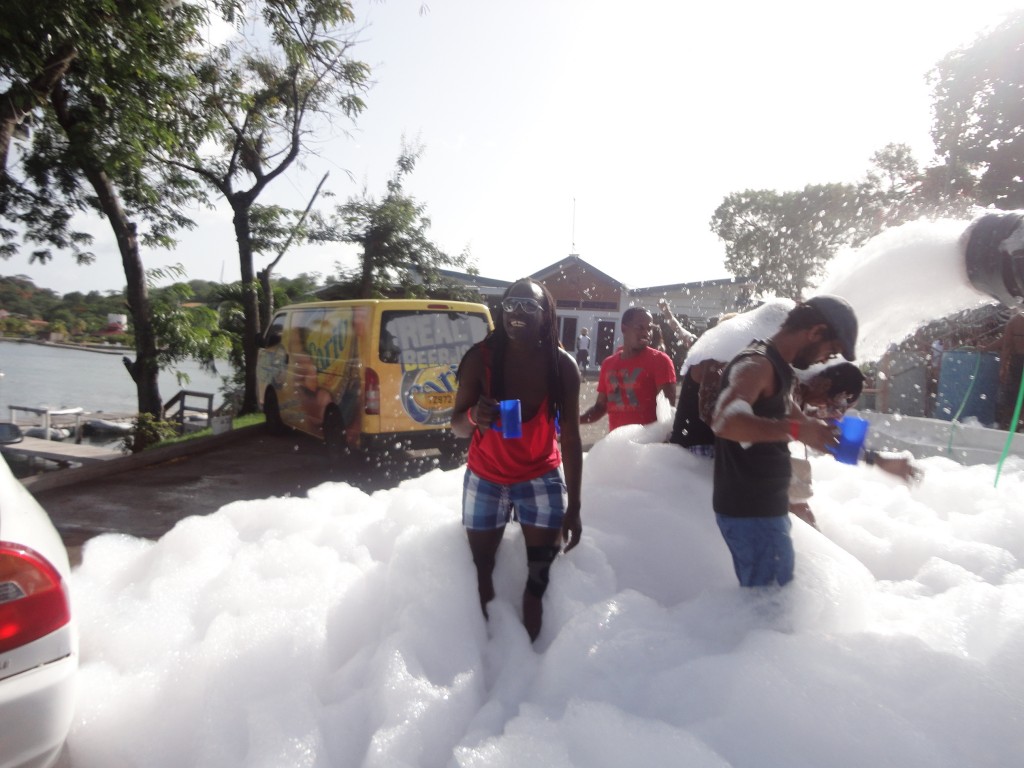 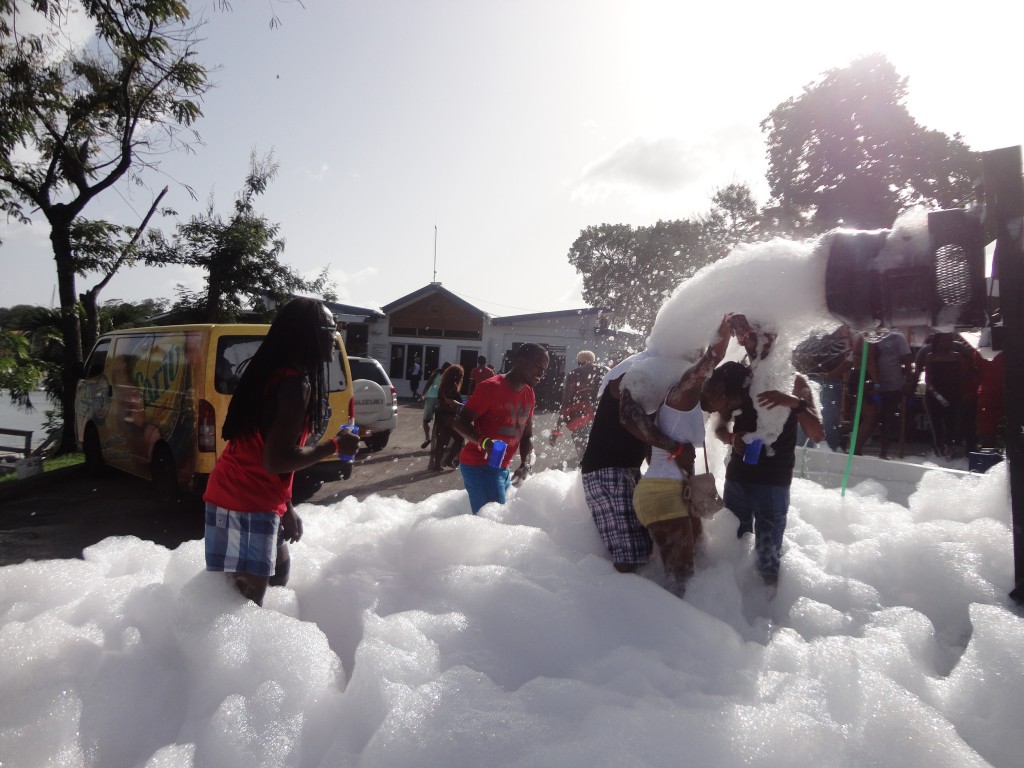 Now.  Here comes the problem. People have been feting hard. And drinking hard. People are hungry. Food trucks are late. I say truck, I meant van. It was a van. One van arrives and people rush it! I kinda felt sorry for the driver but they should have learnt from last year. I really think that the food should be ready and waiting for the cruisers upon arrival. Then there would be no such problem. But anyway. One food van done. People are vex. Next one arrives and again it gets rushed. Two women end up fighting over food.  I heard something about ‘stinky weave in my face’ as they were separated.

The party goes on well into the evening!!  It starts to rain and for the most part,  people didn’t mind. And members of the cinna villa crew disappear as they typically do.  They will get back to the villa eventually.  Some of us head back to the villa to rest up before Moonlight in White. 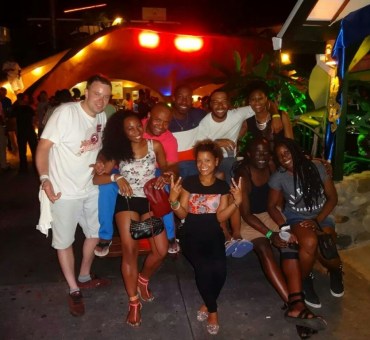 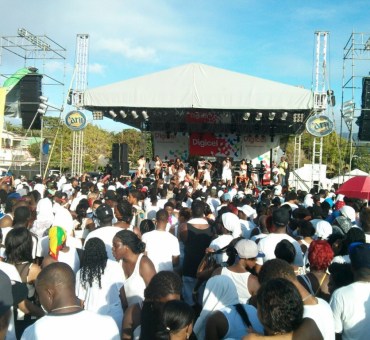