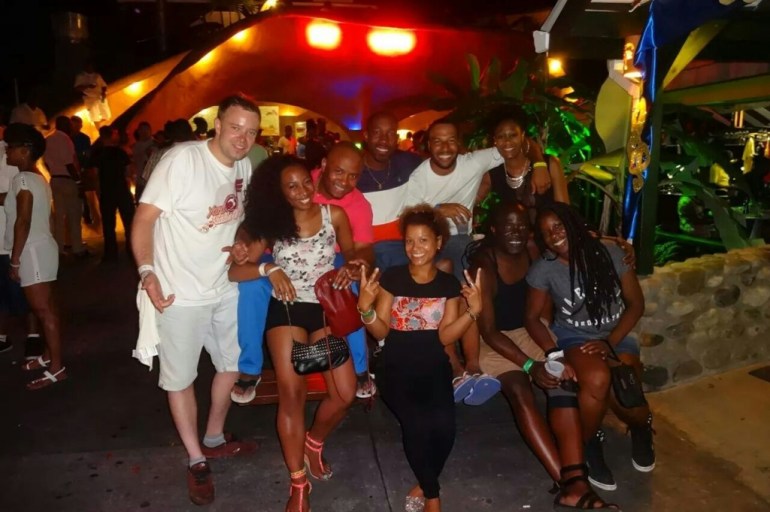 First fete up. Once our fallen friend revives himself and is good to go, we head out to a fete in a club called Club Bananas. It was a nice venue.  This was the mas camp last year for Summer Crew so I was familiar with it. The crowd mainly of internationals I think took a bit of time to warm up. I met some old friends from around the globe. It was fun! I remember Kiki opening up the dance floor dancing salsa to soca! Was hilarious! Kiki kills me!  National artists such as Skinny Banton and Mr Killa performed, the energy level of the crowd increased. Energiser bunny went into overdrive. We left at the usual ‘should be in your third dream by now’  early morning hours. 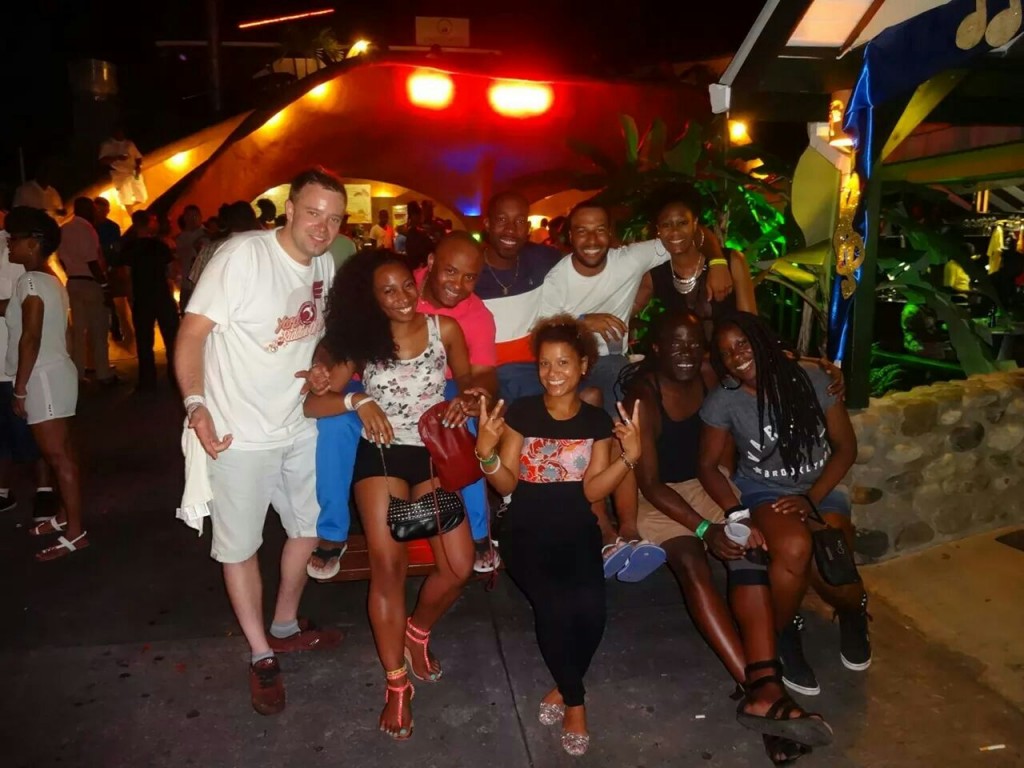 Friday is our first full day in Grenada.  We spend time in the villa getting used to the place, to the pool, jacuzzi and hanging out. The jacuzzi is a big hit with everyone, especially cuzzy! lol. We went to Grand Anse beach which was lovely, shopping for food for the villa ( the local mall was a ten minute walk away).  The girls check up on their costumes with Summer Crew. By the end of the week,  we almost unconsciously settled into a routine where the guys cooked. They loved to cook, they cooked very well and we happily obliged them. We ladies did the washing up and clearing up afterwards. Seemed only fair. Jo is passionate about cooking! He talks about cooking and his face lights up. It was a nice feeling,  sitting around the huge table enjoying the meal and just hanging out with the cinna villa crew. 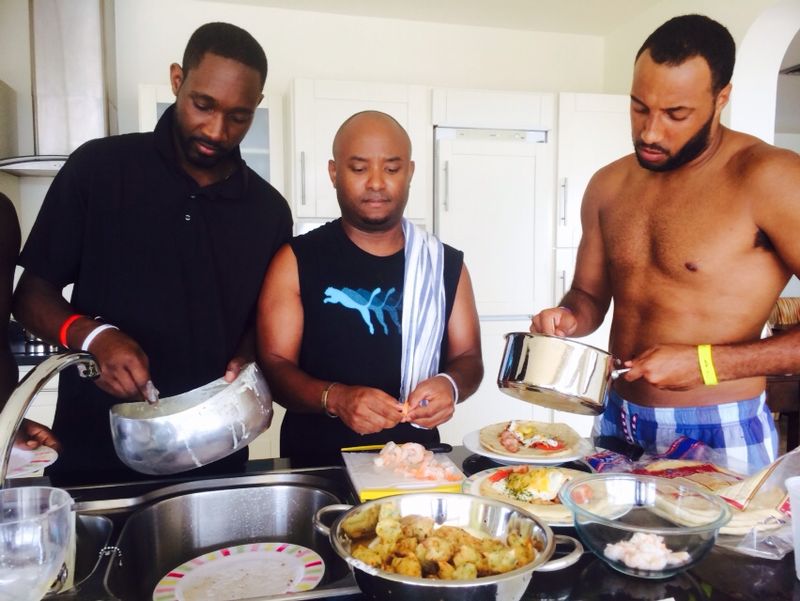 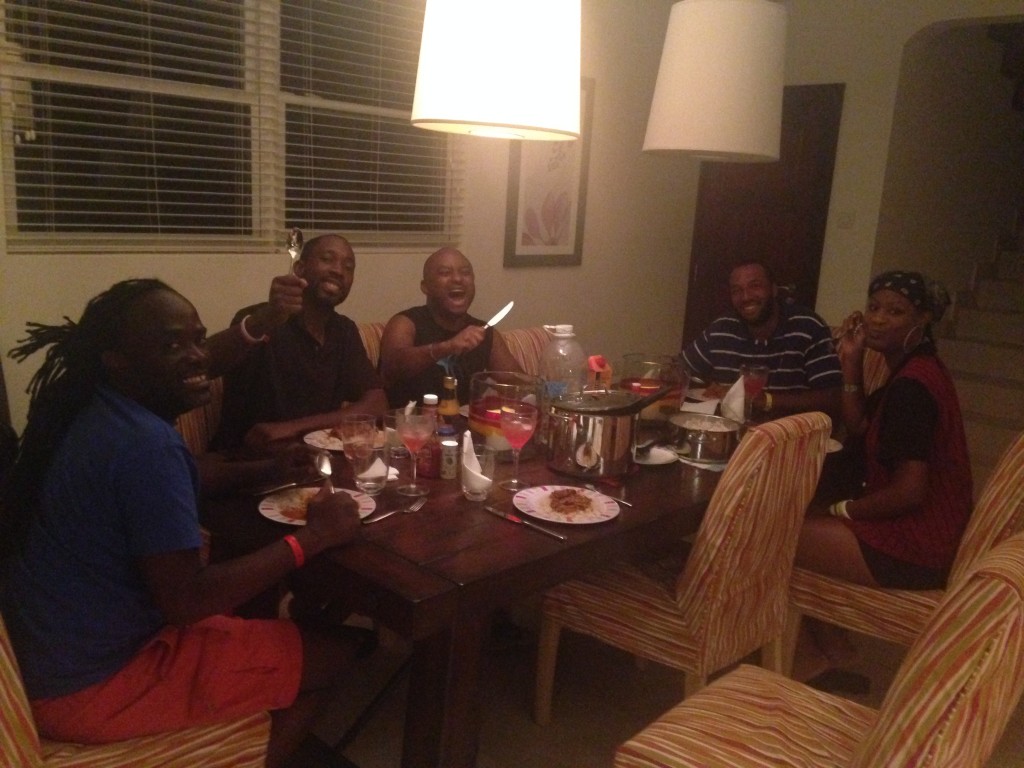 At about 11pm? We got a taxi and headed out to Soca Monarch. Cuzzy met up with us later. It was held at the stadium. We were dropped at the far end and had to walk the entire outside circumfrence to get to the entrance to get a ticket. It was a big stadium.We get the tickets and in we go.

I love soca monarch! There were other fetes I think happening but I am all about Soca Monarch. I want to hear to local music, to learn more about about the origins of the unique sounds and influences of  Grenadian artists. After all, we are on their island. Who knows, there might be another Lavaman, Brother B, or Tallpree in the making. I want to see Grenadians enjoying themselves. 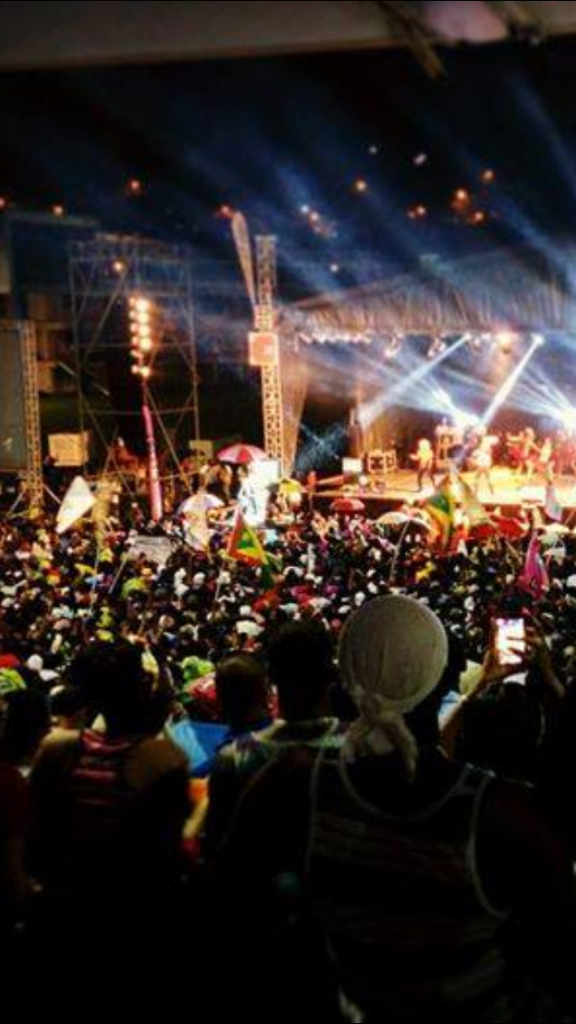 It was interesting to see the different reactions of the cinna villa crew to soca monarch. We went straight into the melee at the front. No baby steps. And no matter how ready you think you are for what happens, you are not! The jumping back and forth, side to side, pushing and shoving (not in an aggressive ‘I wanna start a fight with you’ manner but almost crunk in attitude). Grenadians take it to the next level ! There is waving of flags and other random things. You would look into the crowd and you would see tree branches with (leaves still on and everything) bobbing up and down in the crowd. I have never gotten that. Grenadians love to wave a piece of bush in the air.

They are enthusiastic about their music, about their feting and having a good time. And more than any other west indians I have come across, in general, as a people there are no added graces. They will not carry on stush, worry what their clothes look like, what their hair looks like when they are feting. When they are out to have a good time, they will have a good time, free up and do not care. Maybe that is why I love these people so much. They are some of the most down to earth people I have met (when they are not lost in creativity).

But I digress. We go right up to the front where the crowd is at its craziest and met up with Barbie, Sophie, Bastian and the rest. As predicted from the inception of planning this holiday to Grenada, Jay fits right in and is loving it! The jumping, shoving, acting and reacting with wild abandon?? This dude is in his element! The others are …somewhat taken aback at the sheer abundance of energy and movement of the crowd and make a slowww retreat to the far back of the hype hype. Next thing I hear? Well they have gone home!  Yes it can be a bit of a shock to the initiated. It was so much fun! I managed to borrow this guy’s chain he had made for jab j’overt for a while. The ting was heeeeaaavvvyy! I’m sure he had put some oil on that already! 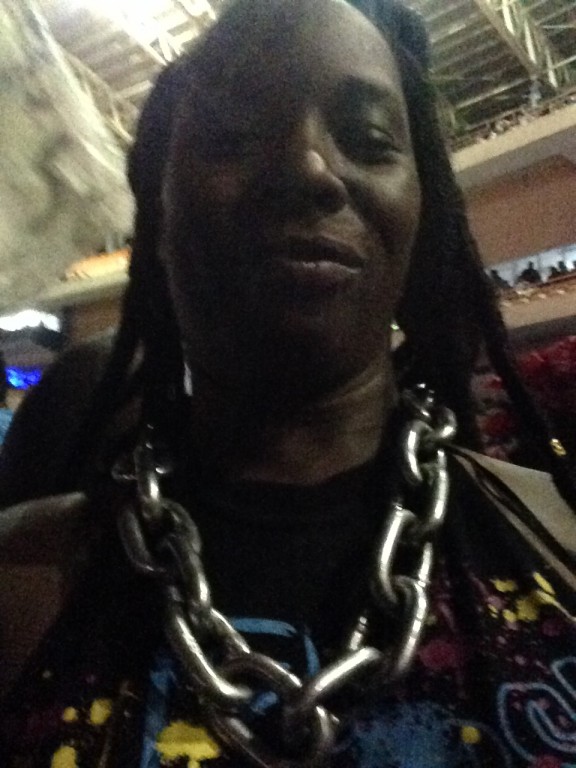 Soca Monarch in Grenada is all about local artists, local songs. So if you are hoping to hear the songs you know as a foreigner, you may be disappointed.  This is the a time for each Parish to show their talent. And the crowd seemingly is very loyal to their Parish! Songs are various calibre are presented. The song however which by far got the greatest response from the crowd was ‘Turbo Charge’ by Squeeze Head. Oh my, I became part of a human tidal wave with no set direction! It was too much fun. My friend Imran had a hard time trying to keep me in visual range.

Despite its obvious popularity, this song did not win soca monarch. And wow, the crowd did not hesitate to show their displeasure at the results. Booing wasn’t enough. Actually, I don’t think I heard a boo. What I DID see were many bottles going over my head towards the stage!! Alllllll kindsa bottles were thrown at the stage! Ok that at least  is not specific to Grenada.  In St.Lucia too, I remember if the crowd does not like your performance, you will know about it when a bottle licks your head. No way could the winners be brought back for a winner’s performance. Well if the organisers were stupid enough to do so, it would have been a hospital situation. We head back home early hours of the morning, with Dellian, Jay (and Barbie’s cousin in tow) having somewhat stunned looks on their faces. 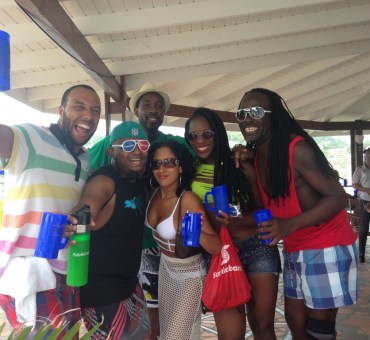 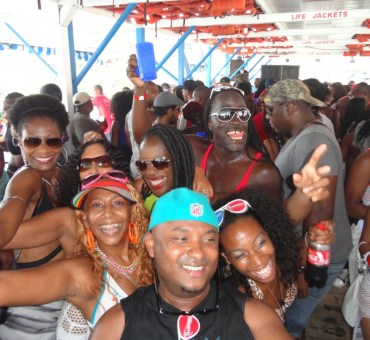