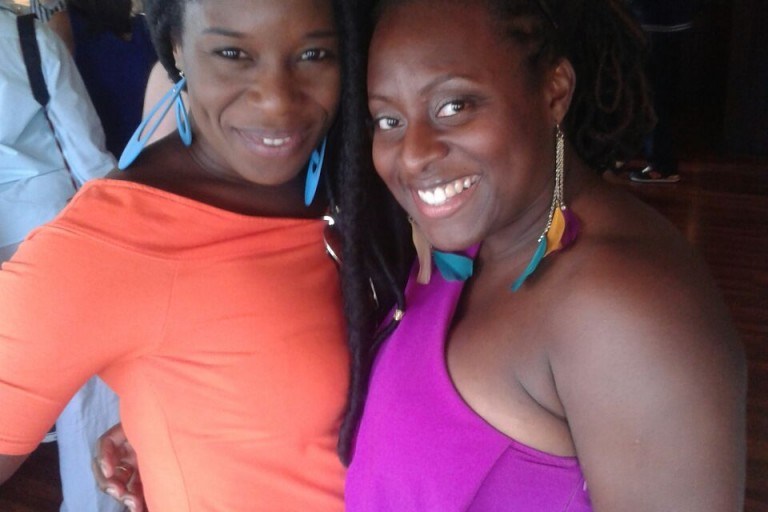 This was one fete I was really looking forward to for the Notting Hill Carnival Weekend. Last year this was the best! The drinks, the food, the atmosphere was just electric. This year breakfast Ruk A Tuk boat fete was gooood! Mel and I got there a trifle late.  But that was a good thing as the boat didn’t leave on time. Remember I had used the same words for the Barbados Limerz Cruise and the Grenada Bikini Cruise? Soca boat cruises NEVER leave on time. It’s either that or the organisers don’t give the proper time and ask feters to get there an hour earlier because they know how we are. BPT.

Immediately as I got to the waiting area I thought to myself ‘whoa, there are a lot more people than last year!’ There were so many people liming, catching up, taking pictures. I love the nature of the carnival scene. Guess who we bumped into also waiting for the Ruk A Tuk breakfast boat fete? Michaela! The organiser of the coach which took us to the LUSH event in Barbados!! Colour me surprised! The soca/carnival world is smallllll. 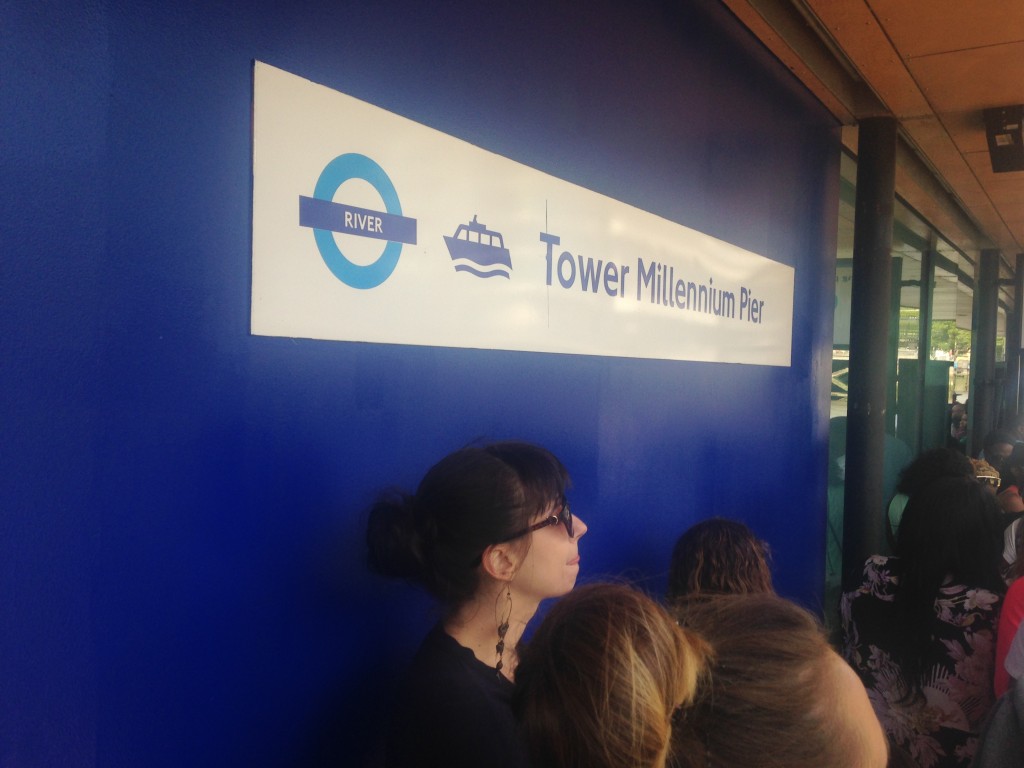 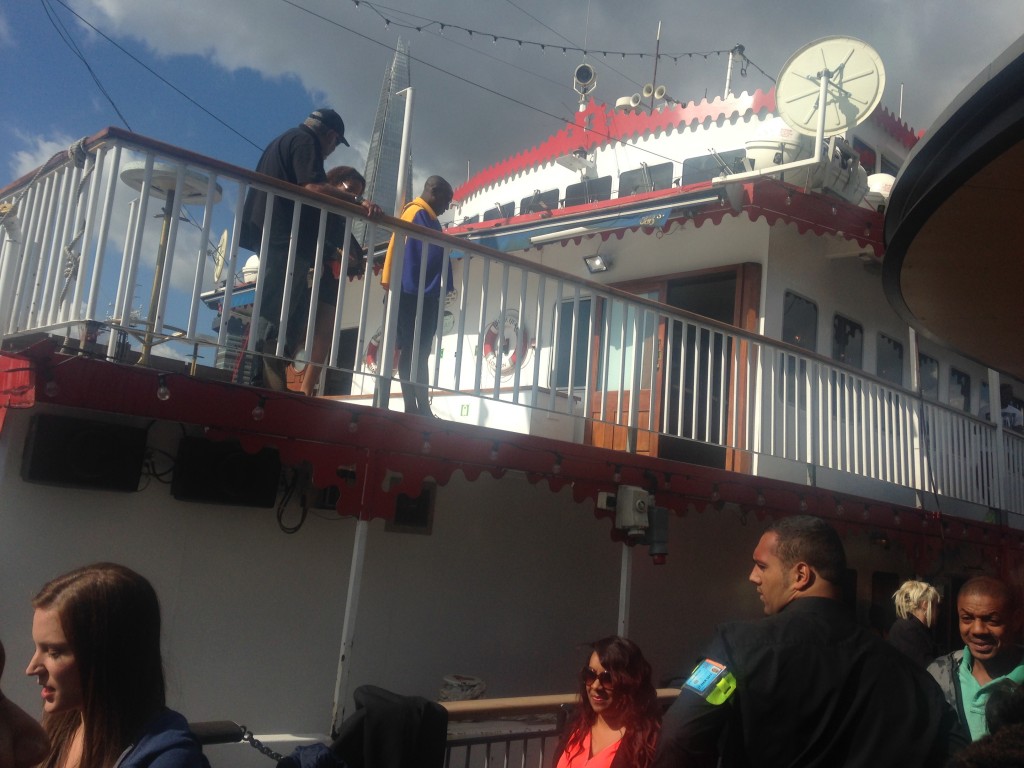 So we are lining up ready to get on the boat when some of us inadvertently got flashed by a whole group of women in a flat who perhaps forgot; they were next to a river, had ceiling to floor glass walls and that their curtains were open! Quite a few of us (much to the delight of the men lining up) got a full frontal view of several ladies naked in one of the flats! Then the next question automatically pops into your mind; ‘but wait, what are so many of them doing naked in one flat?’ I can’t answer that for you. But I am guessing your imagination is running wild about now yes? 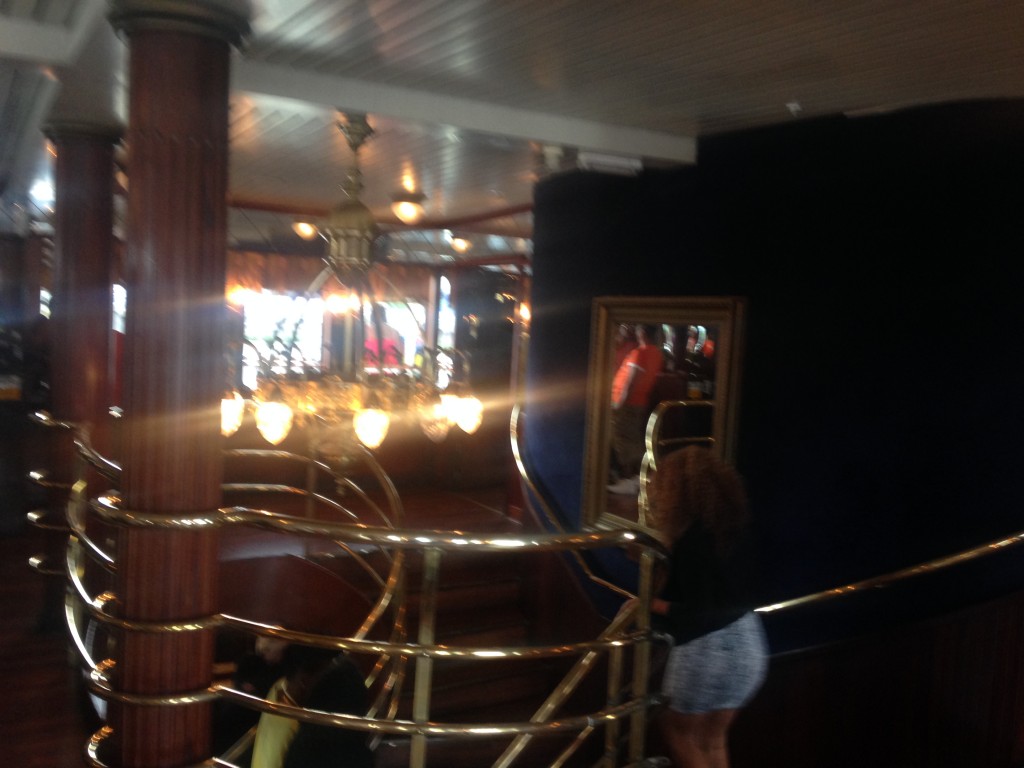 The boat this time was bigger, seemed a bit more ornate in architecture but fit for purpose which was to house all the carnival revellers. But first things first. Queue up for breakfast. The queuing system was a bit confusing but we got there in the end.  There were two stops for breakfast.  The first was for two bakes (also known as fried dumplings depending on your island of heritage) and a choice of shrimp or pork sousse?? Naturally and almost unconsciously I gravitate to the pork.  It was good! The pork sousse? That was nice. A nice little way to get the stomach ready for the main event.  Yes I am greedy as I had cuzzy’s sousse as well. And the main event was good too; cake, a piece of Dal, a nice sweet pastry and some other bits I can’t remember. 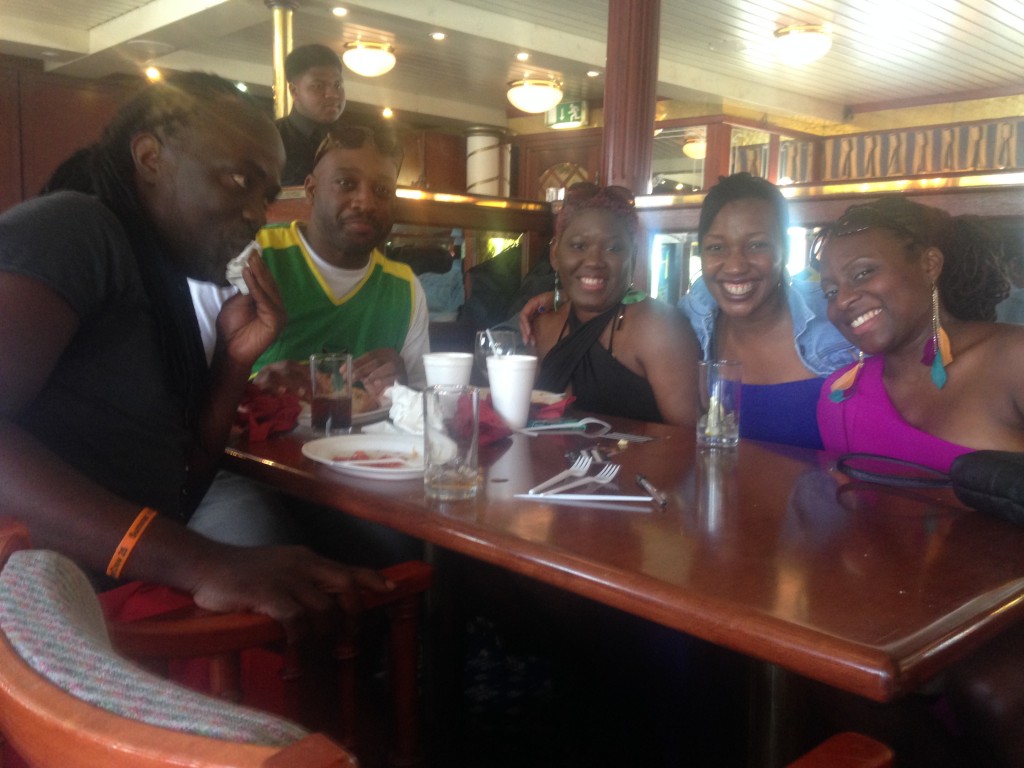 Our little group ate then headed upstairs where the dance floor was crowded! People were dancing, jumping up.    At midday, you would have thought it was a midnight fete! And the river was none to smooth either.  That boat at times was moving side to side which added another fun dimension to the dance floor.  I was quite happy as I was able to hear some of the more popular Bajan tunes and one or two Grenadian songs. I noted that ‘Feelin ah Feelin was gaining some popularity and the ‘saltfish’ tune had not lost its appeal as yet. Some feters were getting on bad as per usual. 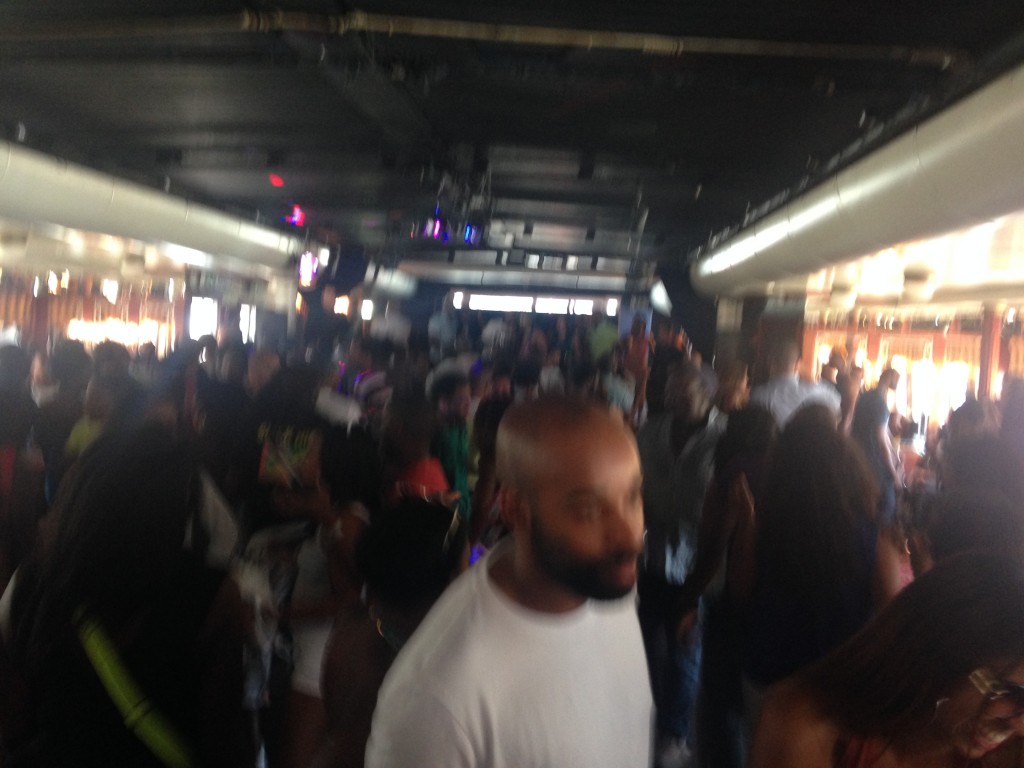 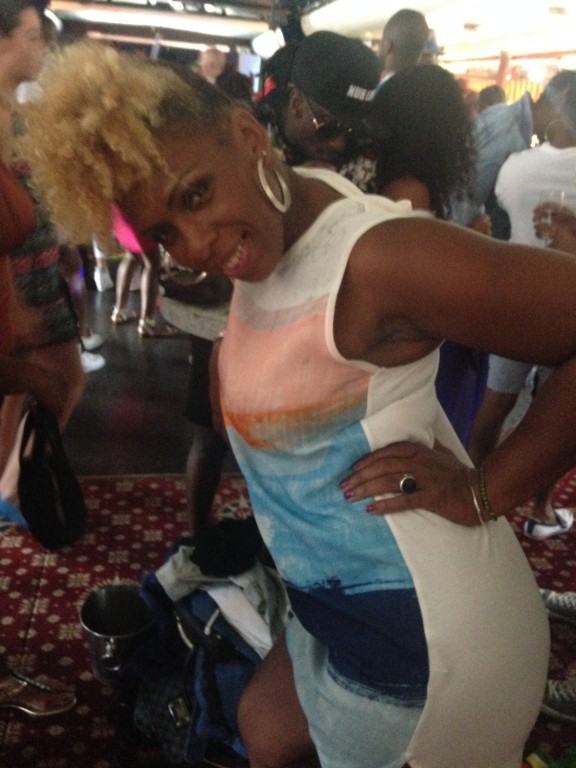 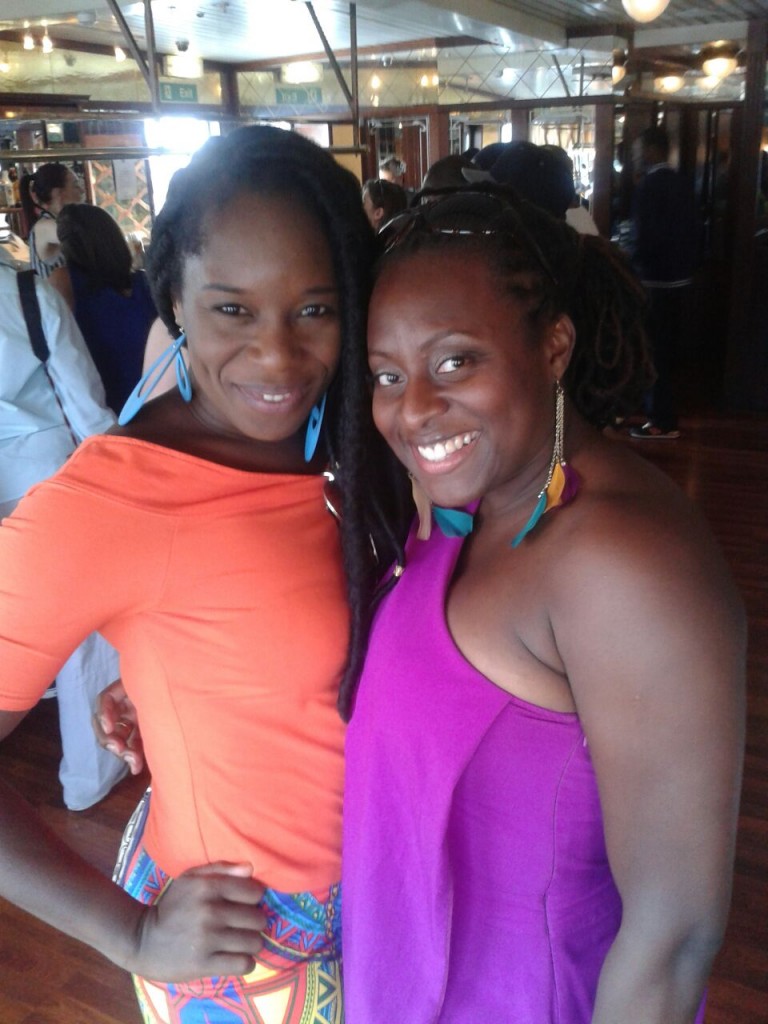 It was a good event! A good warm up for me to the carnival weekend! Ruk A Tuk ended about 2ish? I can’t rightly remember. But I had enough time to head home to do a couple of bits and pieces and get ready for Shipwrecked! 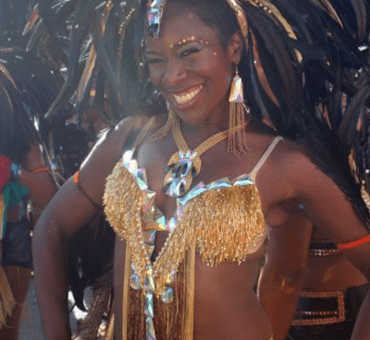 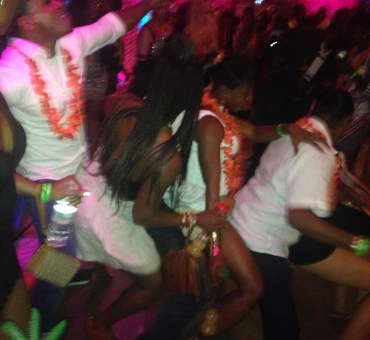