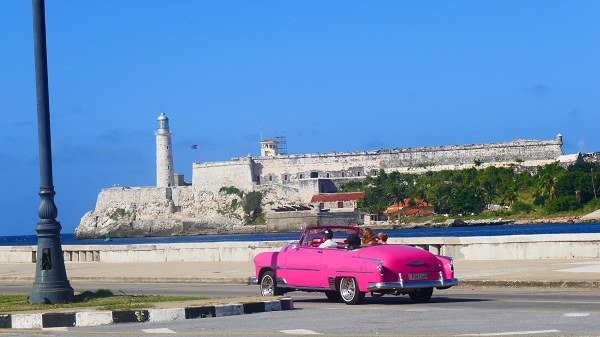 I’m smiling.  I can’t stop smiling. I’m like a dog with its head out of the window at the back of the taxi. I can’t get enough of that warm Caribbean air or the sound of the crickets and stars above as we drive into Havana. Then the driver puts on reggaetón and boom! That’s made my arrival into Cuba complete and all kinds of special. 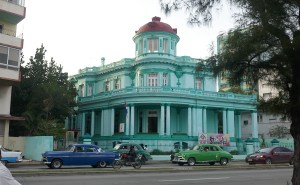 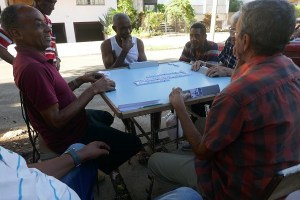 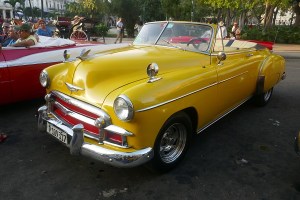 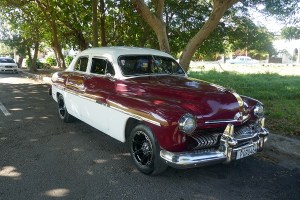 I’ve only been here a couple of days and already I am feeling the inherent romance of Havana; the architecture -old style houses that are growing older gracefully and not given a plastic surgery once over, the old men playing dominoes on the side streets, the vintage cars that are used as taxis and for the many tourists like me to gawk at, ride and take pictures of to show the folks back home.  Wifi is not available all over so guess what? People actually look at each other and talk to each other in bars and restaurants, placing importance on who is front of them rather than the vibrations of distant human attachment. People are more tactile, holding hands, hugs, kisses almost seeming to reflect the warmth of the Havana sun. Here it appears to be a melting pot with people of Latin and African descent living together harmoniously.

I have already found some favourite haunts.  El Idilio is one of my favourite restaurants in Havana.  It’s small but lovely and the food… oh my gosh. La Familia is what is known as a paladar in Old Habana is nice with good food and friendly staff. La Guarida is oh so sophisticated and chic. But my all time favourite has got to be Porto Habana. For me, this one is an absolute must.  It’s off the tourist grid in an old apartment block on the 11th floor in Porto Habana.  The views are absolutely amazing with great overview of the concrete jungle.  If you time it right, you get to see the setting sun and the rising of the moon.  I had the grilled lobster which was just too good. I returned to that restaurant twice afterwards.  A walk along the Malecon and you will hear live music and see lovers stealing kisses. 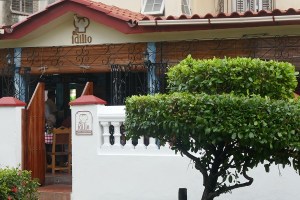 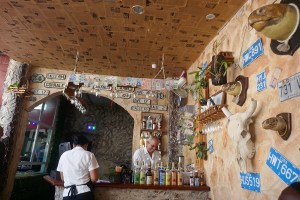 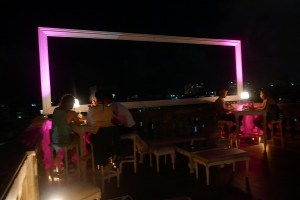 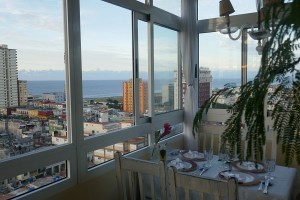 I have found the nearest Wifi parks ( or zombie parks as Micheal called it) out of necessity and I’ve got a spot in one of the nearest.  I know that the connectivity is strongest early in the mornings and very late at night, so I find my self there.  Whilst there, students head to school, the old age pensioners to do early morning exercise and the old vintage cars pass by.

I just had to visit the museum of Ernest Hemminway in San Franciso. At school in St.Lucia, The Old Man and Sea was a mandatory read.  Had to visit the home of this man.  And It is an amazing space, beautiful grounds which is quite telling of the author. Books everywhere.  I’ve been told that he owned over a thousand books and I believe that. I see his guest room where the likes of Frank Sinatra and others stayed.   He was at Floridita so often his seats there were transported to his home. He was a prolific hunter and there are carcasses of dead African animals on the walls.  His typewriter is preserved in a high space next to a telescope. I am told the story that he would spy on one of his female guests who would swim naked in his pool. Don’t ask me why she was swimming naked. I can’t answer that. 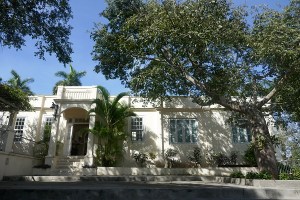 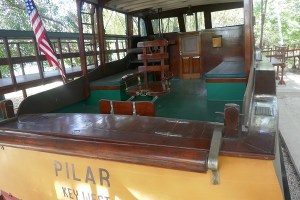 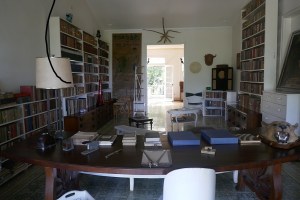 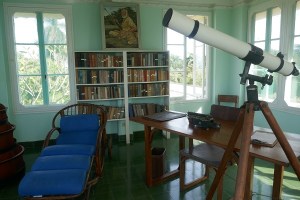 The Cubans seem to be the masters of fixing things.  Cars break down (and it seems they do often), they fix it.  A fridge breaks down, they fix it. Just this morning on my way to old Habana, on my street I saw a man trying to fix the springs of a mattress, I kid you not.  I so wanted to take a picture. Guess it may be the case that they can not afford to buy a new car fridge or mattress. Or they jus don’t want to give up on that which is old or broken.  The romantic in me wants it to be the latter reason.

There is so much to do and so little time. I feel that I have just fallen naturally into the rhythm of Cuba but have barely scratched the surface. 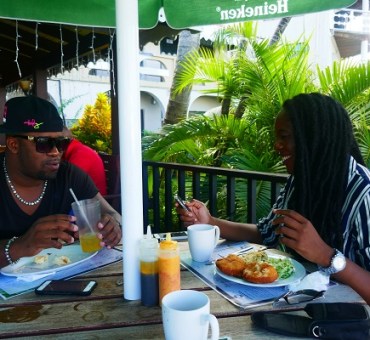