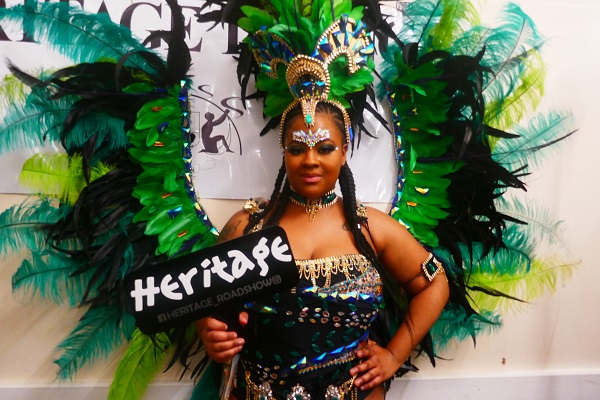 Speaking to Kevin Antoine whose daughter Le-Verne Synphorien is the band leader and one of the designers for this year, there is more to learn about this band. Heritage Roadshow is a carnival family based in Bethnel Green, East London, UK. They have played at Notting Hill Carnival for over 15 years so they know the drill.  Notting Hill Carnival is their biggest event but this social arts and dance group organise and participate in other street and drama events as well. There are fun days and some of the band meet every Friday.  This is a youth group for the community. The band normally caters for 150 people along the age range. The music on the road will be primarily soca. 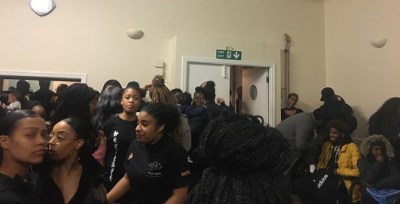 The band launch was held at their base at St.John’s Parish Hall in Bethnel Green.  It was a relaxed affair. No pomp or ceremony.  The organisers and the attendees were very warm and friendly.  This was a family affair.  Whilst waiting for the launch to start, there were kiddies doing cartwheels along the catwalk area, people greeting each other with hugs and smiles and laughter. There were generations growing up within this band.

The head of ceremony Mystic was jovial and informative, telling a bit about the band for those of us who didn’t know too much about it. The theme of the band launch was Taino, the indigenous Tribe of the Caribbean. The designers were Le-Verne Synphorien and Andre Clarke.  And as Mystic proudly told us, all costumes were designed and made right where the launch was held; ‘it wasn’t made in China and flown here’. The launch started off with a dance by some of the band members which went down well. Then the launch of the costumes began. 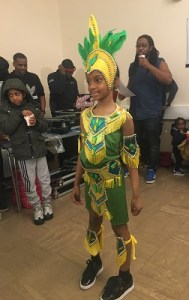 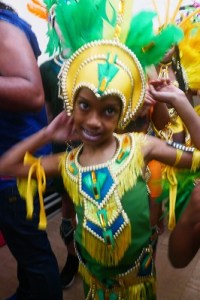 First up was Nya wearing the unisex under 13 children costume. 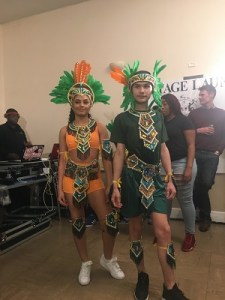 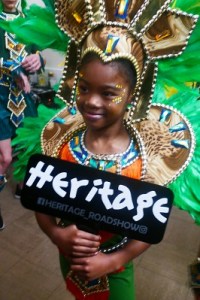 Then there was Le Shay, Alfie and Jaida-Marie  wearing the individual children costumes. 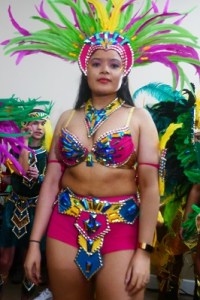 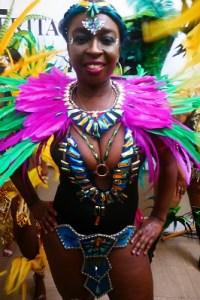 For the adults, first there was Libby and Gloria wearing the standard women’s Monday Costumes 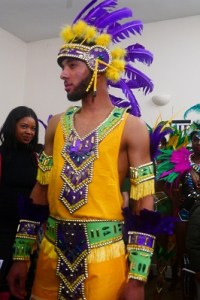 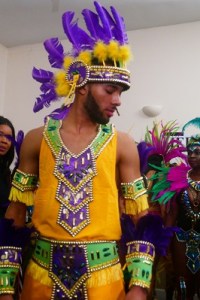 The Monday male costume was modelled by Issac. 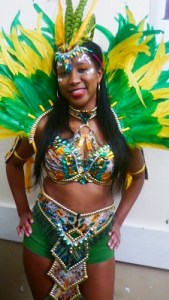 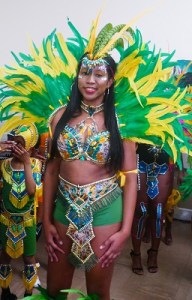 The Monday premium costume was modelled by Vanessa. 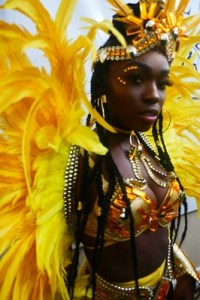 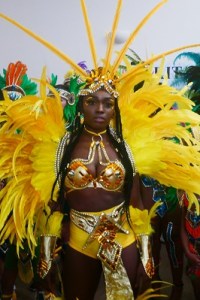 The premium plus Monday option popped on the model Jitae. I liked this yellow costume and this lady knew her poses! 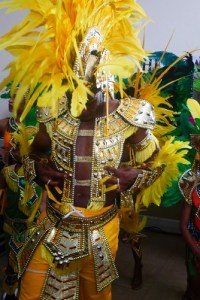 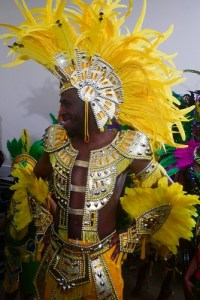 Orane wore the Male individual costume which also popped with the choice of colour. 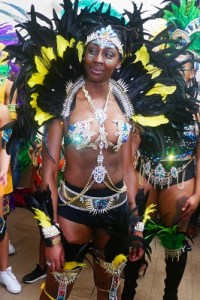 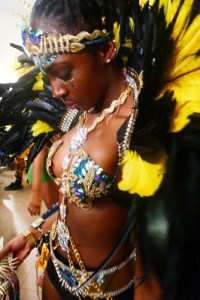 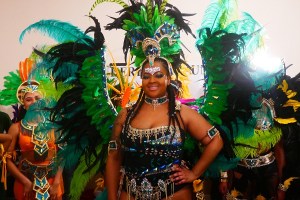 The finale was Eedy in the women Taino individual costume. You know what made me like this band launch even more?  The designers’ final showstopper costume was not modeled by skinny or well toned individual. It was modelled by the beautiful, confident plus sized model Eedy.  This is so rare at a band launch and so refreshing, it will definitely be remembered by me.

I liked this launch. It had a wide range of costumes for all, for the young to older, for those who like a bit of bling and those who want more cover.  My favourites were probably the female yellow costume and the last one with the extended back pack. I like the use of colour. There did seem to be an underlying connecting theme with the colours green and yellow. Almost every costume had either yellow or green somewhere in their costume. Maybe it’s in association with the general theme of the launch.

Looking at Heritage Roadshow, I can see the future generations of masqueraders and carnival enthusiasts. There was a nice warmth to this band launch. I see a band that is very much immersed into its local community. I like it.  And I am reminded its not just about killing it in costume. It’s about that ‘home’ ‘family’ feeling you get when jumping with a band.  Heritage has that.

For more information on Heritage Roadshow, please visit Heritage RoadShow on Facebook, heritage_roadshow on instagram or email HeritageMas@hotmail.com. Their website www.heritageroadshow.co.uk is coming soon.  All images with this article was taken by Ilovecarnivall

Mas With A Difference: Flora, the UK Wire Bra Queen!! 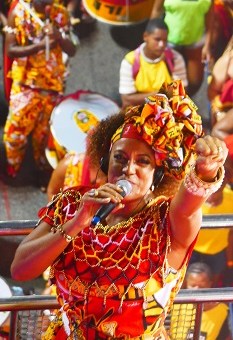 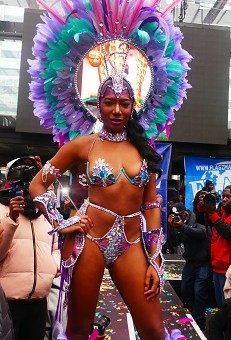