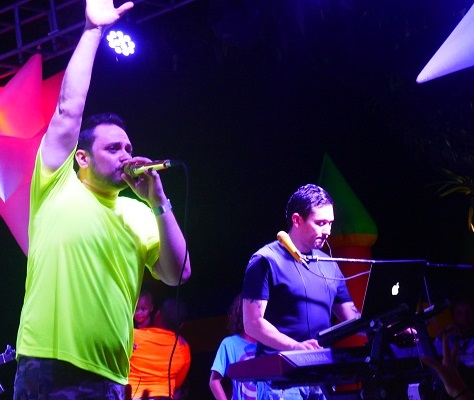 T-Vice is to kompas what Machel Montano is to soca, what Kassav is to zouk, what Don Omar is to reggaetón, what Rihanna is to urban music.  Simply put, the band T-Vice is superstar calibre and probably one of the most internationally well-known kompas band. Sons of the legendary Haitian lead guitarist Robert Martino of the claasic band Top Vice, Roberto and Reynaldo founded their own band ‘T-Vice’ in 1991 when they were still in their teens. This is a band that plays to sold out concerts of tens of thousands and more worldwide, dominates the carnival route with their music and play live at least three times a week, every week! Ilovecarnivall had the honour to interview Reynaldo and Roberto Martino at the Carnaval des Enfants concert at the Karibe Hotel in Port-au-Prince, Haiti, produced by Hugline Jerome of Dream Promo. 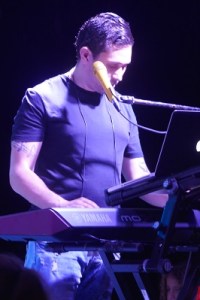 Who makes the decisions for the band?  Is it decided between you and your brother? Roberto is more of the leader. He is the lead singer, he is more up front doing the interviews and social media work. He writes all the songs. When he writes, he comes to me with the songs, I put the sound and fix the song from A-Z. I’m the producer and maestro. I prefer that. I can write but I enjoy more putting sounds together more than writing. I give ideas but yes, I am a producer. We have other people as well.  There are eight of us on stage. That’s what makes us what we are.

Has that been the same team over the years? We had an old team for a couple of years, then we changed.  We have a new team, have had this team for four years.

Has the way you worked changed over the years? Yes, it’s way different now.  Now you must be out there. You cannot just be a musician making music and wait for song to be a hit.  Even if the song is a hit, you must be out there, you must be on social media, you must post pictures, you must talk to the fans.  It’s way harder. Me, I’m more shy than Roberto. That’s why he’s the leader, doing most of the talking, the media.  But in this business, you have to have all types of people and that’s what we have. 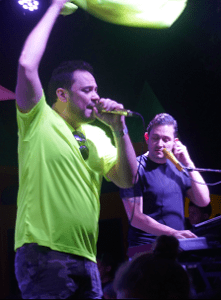 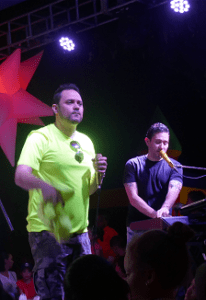 What has been your greatest achievement? Most proud of?  Actually, you came for that, it’s carnival. You are going to see. It’s a float amongst the whole country and when you have the reaction of everyone, you’re singing and everyone is singing your song…  It’s not a thousand, five thousand. It’s millions of people!  When you say put your hands in the air and they put their hands in the air. They usually do a contest to see who has the best sound.  And usually, not every time but we usually get first place. We have the formula.  We take things seriously.

Is there anyone you would like to work with in the future?  Machel Montano came to my house once. We spoke. He said ‘we need to do a song together’. He’s busy, we’re busy so we have not had the time yet to meet. But I want to do a song with him. The two markets coming together, it will be good! 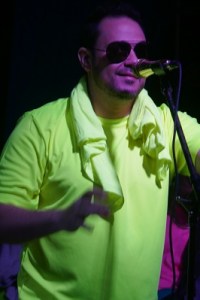 For those that do not know, how would you explain kompas? Well Kompas is a blend, it’s like a Caribbean blend between African sounds, we use a lot of percussions. We try to make a mix between percussions and keyboard guitar grooves which gives it a unique sound. If people are accustomed to merengue or calypso, it’s a close sound to that but with much more instruments playing.

What’s the difference between that and zouk? Well it is very close to zouk but kompas plays with more groove. There are more instruments playing. And there is a way that the keyboard and the guitar plays together that gives it that unique sound and makes it what it is.

In kompas, there seems to be a lot of focus on live music as opposed to other genres.  Do you think that is the case?  Maybe.  Us?  Our industry is based on live music. Our fans, there are a lot that do not have the means to download on iTunes or whatever but they pay and come to our concerts.  That is our revenue.  Our revenue is live concerts.

What makes T-Vice’s sound distinctive? The sounds we use and the way we arrange our melodies.  Once you hear the melodies, you hear the voice, automatically you know it is T-Vice. 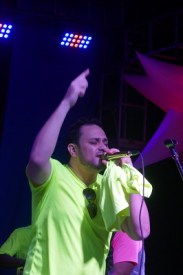 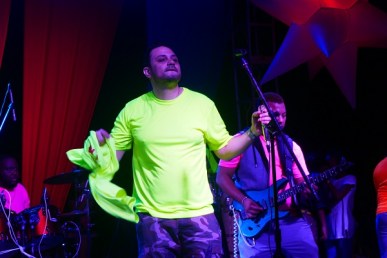 T-Vice has been in the music industry for a very long time about 20 years and has remained popular.  What keeps you guys going?  First of all, the love for the music, the passion.  You know we were raised in a family of musicians.  My dad is a legend in the Haitian industry. And I think we have it in our blood.  We have always dreamt of doing this.  And now it is like living a dream. It motivates us.  Every day we want to go further, we want to bring our music further, our country further. So, all this motivates us to come up with something new, always producing good music.  And that’s what keeps us relevant in this business.

How do you stay current? Well we put in a lot of work.  We are always looking for new sounds, news ideas for our fans. We have been doing that.  We are always in the studio. There are a lot of sacrifices.  Your personal life may take a hit.  But this is what we chose. This is we love.  But you always have to stay on top your game to remain relevant.

Your brother said T-Vice plays at least three shows every week. That is a high frequency of work!  I’m comparing that to other genres where that is not the case. How do you keep that energy? Yes, we play in a different state or different country. Well, we have a lot of fans all over the world. So we don’t stay in one place.  We are always travelling. That’s why we are always on the move.

What are your favourite countries to play in? Apart from Haiti, I love to play in Paris and Canada, the French speaking countries.  You get so much love, and the way the way they treat us, the response from the crowd and the energy is amazing. We love to play in front our fans in the states and in the islands as well.  But France has a way that they greet us, it’s unexplainable. 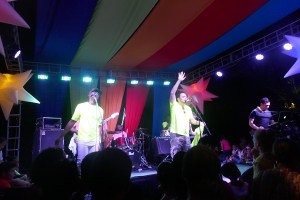 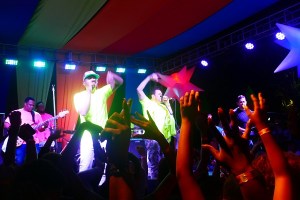 Is there any place in the world you have not performed in but you would like to? Yes, Africa. I’ve never been to Africa and I know we have a lot of fans in Africa. That’s my dream to perform to the people where we are from. Because Haiti, this is where most of us are from originally. We are part African, living in this country. I have part African in my blood. The fact that I can go back to Africa and perform in front of this crowd would mean the world to me.

What is your proudest achievement?  Hmm there are so many.  We have performed in big stages around the world but to be the champion of carnival is one of the biggest for me.  To see the amount of people supporting, there’s no other feeling. We have won that many times and this year we are going to fight for that too.

Is there anyone you haven’t collaborated with and would like to? We have collaborated with a lot of big artists, big names but I want to personally want to do a record with my dad. Call it the father and son project, whatever. We can give our own opinion and talents on this record.  This is my dream. Apart from that, this carnival is my priority.

What is carnival for you? Carnival is a way to party and forget about everything, forget about worries, forget about whatever might be happening in your life.  And you come out and have a good time and express yourself. 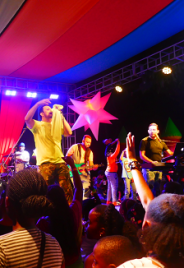 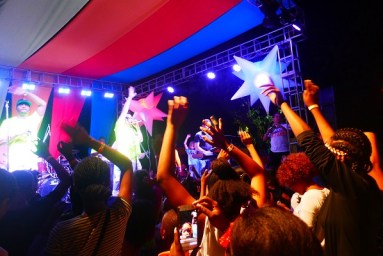 When Ilovecarnivall said ‘Will be covering carnival in Haiti’, a lot of people thought it was crazy, it was too dangerous. They said they wouldn’t go there. Well you know what? It’s because of perception.  There are problems in every country in the world. The fact that the problems of Haiti are focused on so much, people get scared. There are good spots and bad spots in every country. And there are a lot of organisations that use Haiti as a business and to justify their business, they show you the bad parts. You are safer here than anywhere else in the world.  We have so much to offer, we are such a welcoming people. We want the world to come and see the culture, the beauty, the beaches, the mountains everything we have on showcase. I am happy you came and you can see for yourself the beauty of Haiti.

What’s next for T-Vice?  Have you ever thought of doing another genre? I want to do a collabo where we can find a sound that is a world sound, an artist where we can mix our type of music with theirs. Machel Montano, he has been one of the people we have been in contact with.  He has been to our studio in Miami and we have started to brainstorm on something that we want to do. I think before the year ends, this will happen and this will be big for both of us. But right now, we are concentrating on carnival, on winning this carnival. I take this to heart. After that we have a lot of big concerts around the world. We have a big show in Paris on the 8th of April.  We have the kompas festival in Miami. We have more videos to do for our album that just came out.  2017 is going to be a big year for us.

T-Vice have been going strong for decades and it appears this will continue.  They are appealing to the younger generations and are being innovative about their approach and sound, always working with a passion for music and carnival.  Can you imagine? Soca and kompas in one tune? I can hardly wait.  You heard it hear first… 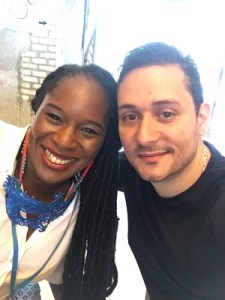 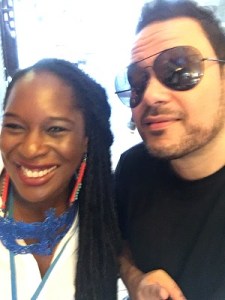 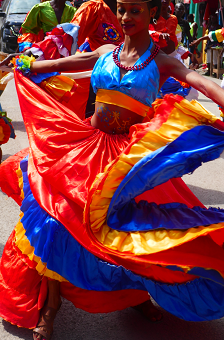 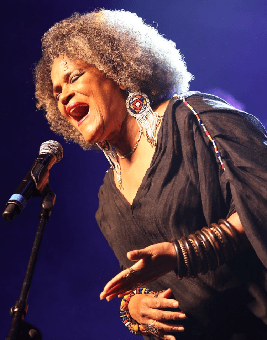