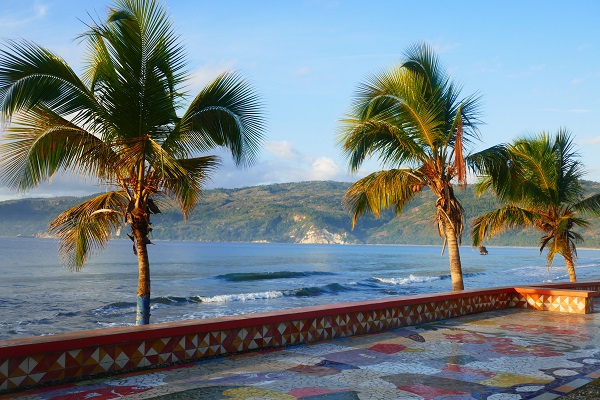 I can’t lie.  It felt like someone jammed my heart with a knife that first half an hour’s drive through Port au Prince. For the first 10 minutes I was really chatty to the driver.  Then I fell quiet. The driver noticed it. But I couldn’t tell him that I was numb from shock from the poverty I saw  during our drive.  I won’t put pictures of that up here.  There are many other places you can get those.  They say that first impressions last.  That was one hell of an impression immediately after leaving the airport. Maybe it was the route that the driver took. But my initial impression of Haiti, though it shook me to the core, was not and is not my growing impression of this beautiful place. 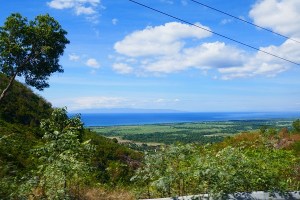 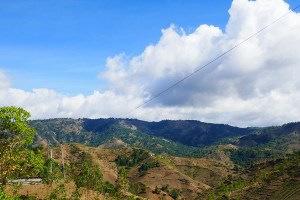 As we drive further and further away from Port au Prince, for me there is change in the demeanor of the people; from desperation of survival and almost resignation of fate to determination and hope.   We drive up over hills and valleys (sounds like Buju’s tune) with absolutely stunning views of Haiti during that two hour drive to Jacmel.  I loved that drive. Yes I could have taken a plane but I wouldn’t be able to see the countryside in this much detail.  Talking to the driver and his co pilot, I learn so much about Haiti, the land and its people.

Haitians for me are a bit more reserved, more than say the Cubans.  They are wary of  strangers. And they have every right to be.  But once they get going and they get to know you a bit, they are some of the friendliest in the world. I’m staying at Eden Villa Jacmel, a guest house run by Peggy which is in the Quartier des artisans of Jacmel which is a perfect location for me. 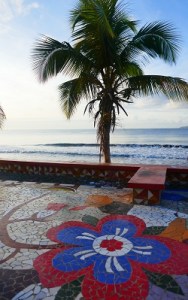 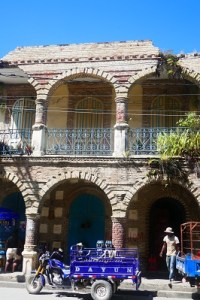 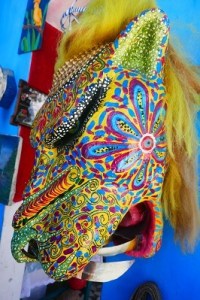 It’s my first full day here and already I have done so much.  Went for an early run along the promenade (Lakou New York) at sunrise.  Saw the beautiful mosaic art works welcoming you to Jacmel. You can’t change English pounds anywhere in Jacmel so note to self. Convert all money to dollars before getting here. Getting directions is the same as in St. Lucian and the rest of the Caribbean but in creole; ‘You go up the hill, you will pass a shop with many colours, keep going straight straight straight’.  The city of Jacmel is getting ready for Carnival. And this is serious business for them! Stands are being constructed. Buildings are being painted. 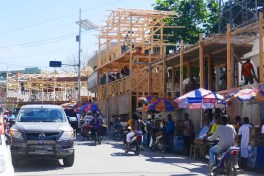 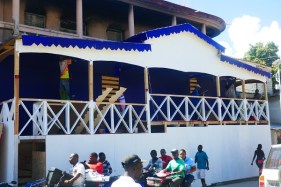 I had a private mask making course by Francky who has been making masks for over ten years and is called out regularly to make masks in Port au Prince. Making masks from papier mache is the speciality of Jacmel as told to me by many Haitians and originated from Jacmel. They will make anything any size out of papier mache .  The masks seen in Port au Prince carnival is from Jacmel.  So I learnt the art of mask making Jacmel style.  It takes a while to dry so I will paint it and complete tomorrow. 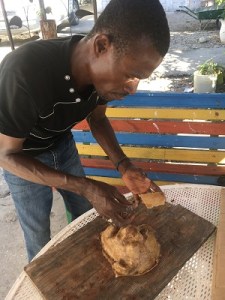 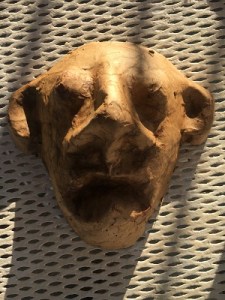 Night time along Lakou New York is so surprising!  Rather than the romantic walks and couples (there are some), the scene is dominated by young people writing, reading, reciting alone or in groups, doing homework getting ready for the next day.  This was refreshing to me, to see sooo many young people interested in school until Raul explained that many did not have electricity at home so they used the free light here to work.

I have a full day ahead of me tomorrow which sounds very promising. I fall asleep to music, not the rehearsals of a steel band like around the Savannah in Trinidad but what sounds like a conch shell band practicing their sets for carnival day. It has been a great day! 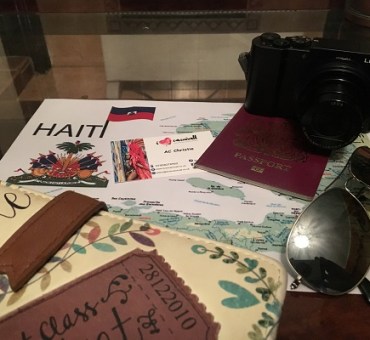 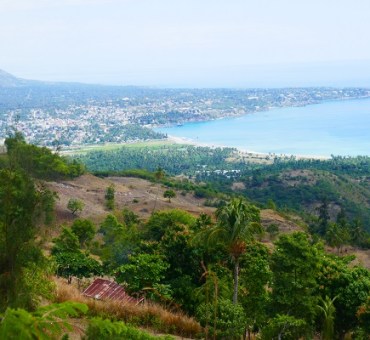