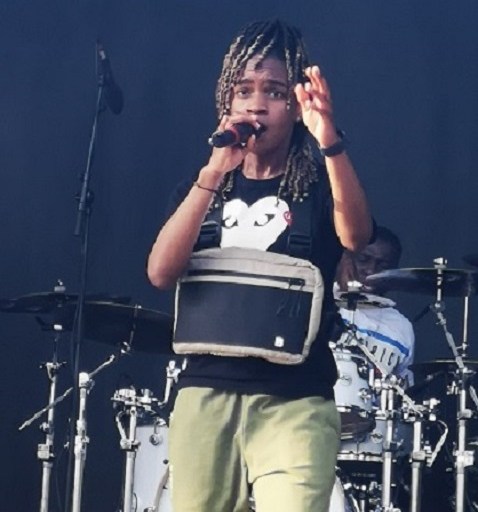 Koffee. There are people who you can feel have the talent and appeal, that spark to reach and captivate a global audience. When I first heard Koffee two years ago, I knew she was that individual and I just had to have a conversation with her.  Her song ‘Toast’ has been a remarkable hit and I am no longer surprised when I hear it in the unlikeliest of places.  Her song ‘Rapture’ the UK audience just loves. I had to interview Koffee. I had to find out more about her as a young female artist with a fresh sound.  So, whilst in London launching her EP ‘Rapture’, I had the opportunity to interview her. This is probably one of my most memorable interviews to date.  Out of Spanish Town, Jamaica, Koffee. 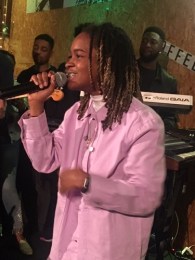 The launch for your EP in Brixton, the vibe was so good. How was it for you? It was awesome for me and to be honest the people made it much better for me, being on stage and being there.  They had vibes and they were supporting. I love that especially as me being a young artist, that means a lot to me.

There is a huge response for ‘Rapture’ in the UK.  What do you think it is about that tune?   I’m not quite sure you know but it might be… I have realised that I have gravitated towards the UK rap vibe.  I am not sure if it is grime on a whole but the gigs, they like that fast fast flow so they can appreciate that even coming from the Caribbean.  I heard that the UK is the biggest supporter of this song, so I am thankful that.

Rapture: what was the inspiration for this song?  The riddim itself. Like when I was listening to it, I got the idea for all the melodies.  I got the energy, just kinda real and raw and I thought ‘Let me just express my real raw true feelings on this and talk about what was going on since I started in music’ and I put everything together.

How long did it take you? Not long, 1st verse along with chorus in one night.  But the second verse a couple of days later. It depends on what the track I am listening to, what my energy is at the time.

Thinking about your writing, do you change your writing style according to the audience? Sometimes I am tempted to do that you know. But a lot of the time, the best songs come from a natural vibe. So, when I am writing on a riddim and it just flows freely and I am not thinking what anybody has to say, I just write.  Those are the best songs.  Even ‘Toast’ happened like that.

You are busy, very busy…  How do you remain centred? I try to read my bible in the mornings. It sets me on the right pace and the right path for the day, just keeping my head space in the right place. Your head is where all your power is.  So, I control my head space and take it from there.

You are close to your mother. Have you ever been tempted to bring your mother with you on tour?  Yesss she is working at the moment, but she is thinking of talking some time off and coming with me.

Do you like to be pigeon holed as a reggae artist? I would say that I am reggae in my message. Cause you know that reggae is more about the positive conscious vibe, so no matter what genre I touch, I will still hold that reggae message with me.  So, I have no problem with anybody calling me a reggae artist or whatever. I think it is about the people’s perspective and what they enjoy from me.

How do you keep that positivity in your music? Everything is based on what is on your head space. I try to focus on the right things and derive the right things from my environment. Cause there is always good and bad in everything and you have to decide on what you want to maximise on.  Good, influential and productive things.

Do you think reggae is going through a revival? I hear people say that you know…that it is a revival.  But to be honest I have been around for about 19 years and I only tuned into reggae when I was 14. I wish not to comment on the history of it before I was paying attention. So, based on what I’ve been seeing like listening to Protéjé and Chronixx and some fresh new artists coming up from Jamaica, I don’t think it ever died.  I think some people became disconnected with it on a large scale, but I don’t think reggae ever died.

Do you ever feel pressured to change your style?   Some people make their comments and you know make their suggestions. I do appreciate the suggestions, but I have to stick to me and what is real to me so that it is good to keep my head in the right space and stay grounded, so I know what is natural and what is true to me at the same time.

And do you ever feel pressure to do well, to represent Jamaica well as best you can? Everyday you have to decide what to derive from things. So I try not to think about the pressure but about the responsibility.  So, I know people have me in this light and it would be a good thing to keep up to that pace.  Cause it is a good thing.  It is a good look, so I am prepared to stick to that.

You, at the first Buju concert in Jamaica after he was released, what was that like?  [laughter] Aye it was fire! Yo that’s the biggest thing I had ever seen in Jamaica to be honest…

What was that like to be on stage, were you nervous?  I was because there was the whole entire line up of legends and dancehall legends and it was an amazing blissful feeling.  And the legend himself Coco Tea brought me on stage.

And Chronixx at Alexandra Palace… That was another honour because Chronixx and Protoje have been doing great things across the world and to see that they came to the UK, which is not their home country and sold out the arena, 10,000 people? Was a very proud moment for me at the moment.

What message do you have for your fans? Thank you so much for your support. It is felt and warm and it is a very pleasant feeling.  Give thanks everybody.  Blessings.

First time I heard Koffee I became a fan.  Her first song ‘Burning man’ spoke of determination and positivity despite failures. I liked that.  Along with Jah 9 and some others, for me, Koffee illustrates an alternative path.  Everything is a balance.  There is absolutely nothing wrong with owning your sexuality and exuding confidence that way.  But Koffee illustrates there can be another ways for women and have your voice be heard and be successful.  You can state your truth. Simply state it. If your truth resonates, it will be heard and move others.

Manager Series: Into the mind of the Managers! 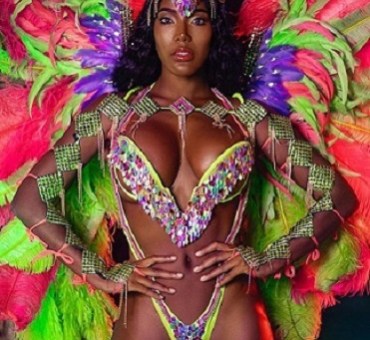 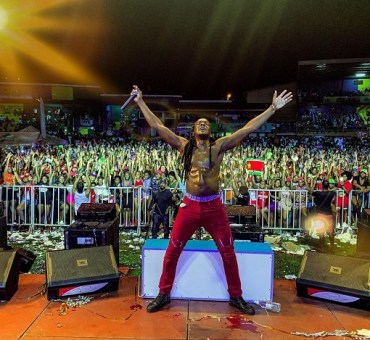