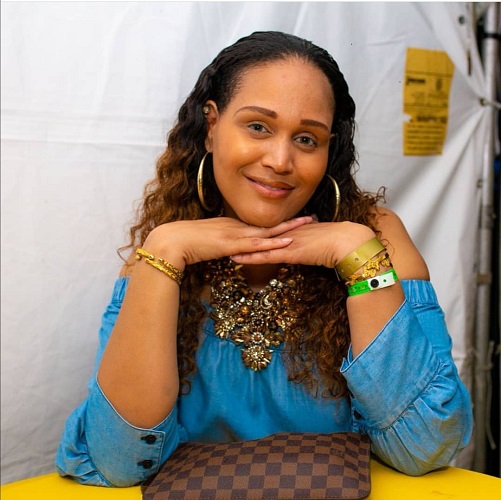 Raquel Arty, the road manager for Patrice Roberts, is one female manager’s story I’ve wanted to share for a long time.  She’s a successful female road manager in a male dominated industry. Yes, it could be argued that Patrice’s success is due to the artist herself. But one can never underestimate the influence and impact of the team around the artist.   As part of our manager series, we interview Raquel. Arty.

How did you get into the soca music industry?  Well it started with me being a promoter. I’m a nurse, have been a fully registered nurse for 15 years, but did promotion on the side. People were doing dancehall in Boston at the time and I thought to myself ‘God I have to do something different’.  Soca was there but it wasn’t THERE.  And there was such a big population of Trinis, Bajans and people from other Caribbean islands. I used to go to Barbados a lot and fell into a big camp called Pyramid with Ruel Ward and others. They managed all the biggest Bajan artists; Lil Rick, Peter Ram, Skinny from Vincy, the whole team.  I had a little money coming in and thought I am going to use my money to do a show.  There was a big promoter at the time in Boston who started me off. I told him that I want to do a show.  He was a Trinidadian and all he did was strictly dancehall.  He wasn’t too familiar with the whole soca industry at that time.   So, he said ‘I will put you onto the people you need to go to’. And he started by putting me into the presence of people who could help me. I called around, I had a connection in Barbados with Alison Hinds as Alison Hinds and my cousin are good friends.   And I brought over Krosfyah, Lil Rick and Denise Belfon to Boston. I became first female soca promoter for Boston.

In your first show?  In my first show. I remember going to pick up Denise Belfon in New York and I didn’t have a name. I mean I have a name Raquel but didn’t have a stage name.  And she said what’s your stage name?  And I said, ‘I dunno, Raquel I guess, I am just doing this to make some money’.  And she was like ‘No this is not how this is going to work.  You are going to be a female promoter.  You are going to carry on this legacy’.  So, the drive going down, we began thinking of names.  She said, ‘Being a female in this business, you have to be like a rock’.  And my skin colour… she said, ‘You are a pretty red girl, it is going to work for you.’   And she came up with this name ‘Red Rock Entertainment’.  And I became Red Rock. 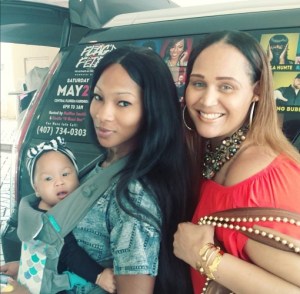 How did you become the road manager of Patrice Roberts? I remembered Patrice was just coming out with ‘Sugar Boy’.  It was a big hit and I remembered thinking ‘I really want to meet this girl’.  I called Denise and she said, such and such is managing her, ‘Let me give you the number’. I got the number and spoke to Lady Montano and said I want to bring her over.  She was close to the road manager who was dealing with Patrice at the time, Gaza G.  And she helped me get on to her.  Patrice came to my home.  Cause at that time, it wasn’t really hotels and all that. She did her show, she was very very shy at that time. She wasn’t the sexy Patrice that you know. We became friends. And we just built this relationship.  She would give me a nice deal to be in my shows.  She dedicated Boston to me.  She didn’t work with anyone else in Boston.  That is still ongoing.  I had lost my job, she was pregnant with Lily. I was home for a while, and she wanted to bring Lily (who is my lovely god daughter) on the road, and I said that I would help her.  She was going through management stuff and she needed a road manager.  And because we were so close, we are like sisters, I became road manager.  We have a kind of sister, best friend relationship.

How do you navigate the boundary between friend/sister and boss?  That must be difficult. It can be difficult but that was settled from the beginning. She told me straight up. ‘When it’s work, it is work, you are not my friend.  I am not mixing up the two’.

What are your main priorities when it comes to Patrice?  I always want to see her looking good.  She knows style, she knows how she wants to look. Sometimes she comes off stage and she is pouring in sweat and everyone wants to take that picture.  I don’t want to see her looking a mess.  I want to see her well put together.  She is her hardest critic which drives me crazy.  When she goes through her little ‘I don’t like the way this looks…’, I have to say ‘Yo, you look beautiful, you look great’.   Or she will put up a picture then pull it back down. She is confident but I will push her that extra mile.

Let’s get back to you…  What have been your biggest lessons as a road manager?  That no one is going to help you. You have to help yourself. The same people who you think are your friends? They may not help you. This is a rat game and anyone is replaceable at any time.  And I learnt that really quick.  Second, watch the other managers and the other people out there and what they do and take a little out of their book to make your own story.

Who is the manager that you are inspired by? I learnt a lot from Dexter Thomas.  Although he thinks that I haven’t [laughter].   I learnt a lot from Dwight Yearwood.  He was the one that really sat me down and helped me. I am so grateful for that.  I learnt a lot from Preedy’s manager, Chris. And I cannot forget the father of all fathers, Barrie Hype. Barrie is somebody that I can ask any question and he will help… just me asking questions helped. 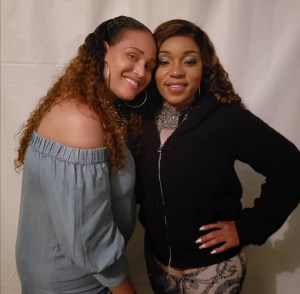 It is much harder being a female manager?  Oh. My. Goodness. It is soooo much harder.  I think it is the worst actually because they are not too many female road managers. This is a male dominated industry… how do you do it? You might get men trying to hit on you and yet still try to maintain a professional business relationship..  how do you deal with  that? I get guys hitting on me but I guess I just smile and go.  You know, turn it into a joke,  I remember, I was more on the heavier side and when I started losing the weight and transitioning and people were hitting on me like crazy and telling Patrice, ‘Oh my God, you have the sexiest manager’.  But I just smile and keep going.

Is there a glass ceiling for you as a female manager in terms of what you think you can achieve? Umm  no, I think that you can achieve whatever that you want to achieve, once you put your mind to it.  I still have a looooonngg way to go.  And because of Patrice, we work really well together.

Would you ever consider having more than one person to manage?  Definitely. Really?  Would you want another woman, man, someone not in the soca industry?  I am open to anyone with good talent and that’s what it is all about.

What goals have you got for yourself? My goal is to really sit and learn and master this business. I still have a long way to go.  This is something which just came into my lap. I knew nothing about it.  There is still a lot I need to learn about it.

How will you know that you have mastered this business?  When I don’t have to ask any more questions [Laughter] I get the feeling that you will always be asking questions.

What do you think are your strengths and weaknesses as a road manager?  I’m very verbal.  I’m not scared.  So, you really can’t push me around.  So, when I say something or when I want something that way, that is how it is going to be.  My weaknesses are a lot.  Planning Patrice’s schedule with her.  Sometimes I might call the booking agency many times to make sure that everything is good before we travel.  Patrice doesn’t have a manager per say.  I’m her road manager. She has agents, she has her PR person, her team is tight and nice. We have Adanna Asson, her PR and agent, Dexter Thomas an agent. Dean Hamilton Lord Edit, Kerran (her DJ who is also on the radio).  Warren Civic, who sees about anything new.

Is there anyone who you would love her to work with?  I want her to cross over to mainstream so bad. That is my biggest goal for her.

How do you think that will happen? Is it happening?  It’s happening.  I think with that new video fore ‘Carry On’, it was a real wake up call for people to see that she can do something different. She is also into the Afro beat genre of music and she wants to work with some artists which she is…

Despite Raquel being humble about her knowledge and skills, don’t be fooled.  She knows her field.  She knows the importance of professionalism, image, press coverage and more.  She is stalwart in her support of Patrice and her career.   And you know what?  She genuinely has a nice personality and is a cool person to hang with.  Have no doubt that she will continue to accomplish whatever she sets out to do.

An Interview With Turner: The Conscious Artist 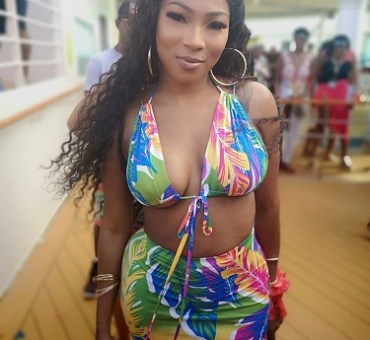 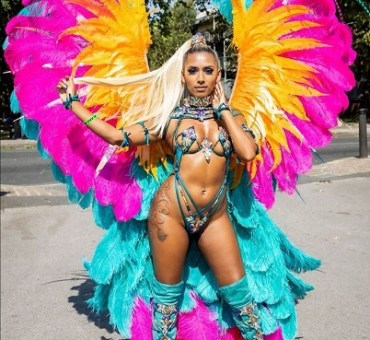