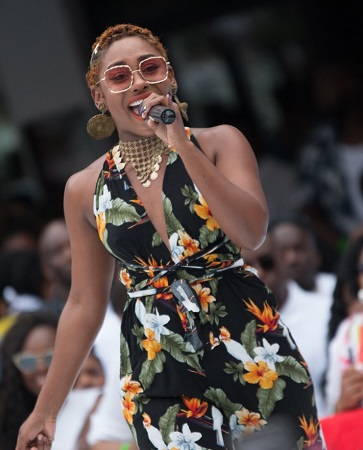 Interesting thing that. Nailah really has only been on the soca circuit formally for less than two years but it feels like she has been part of it for longer. Nailah has a rich soca and music ancestry. Her grandfather Ras Shorty I is herald as the creator of the soca genre. Her aunt Marge Blackman is also in the music industry. Her songs ‘Baila’, Soakah, and collaborations with Shensea and Kes were hits. There’s a difference about her though, her musical style and overall presentation. It’s a kind of afro punk, hippy flower child soca vibe.  And it works. Cause in this short time, she has managed to get the attention for her work inside and outside of the soca community. She was one of the artists immediately I knew I wanted to have a conversation with should the opportunity arise. Knowing she was in London UK last month for her first UK performance, I requested from her manager Anson to have a conversation with the self proclaimed soca princess. 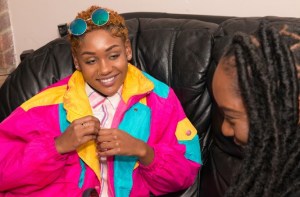 The concert was done. And I was expecting Nailah to be focused on shopping and resting up. But no. She’s in a London studio working and recording. And it is here Ilovecarnivall gets to know Nailah a bit.

This is your first time in London. What do you think of it? I think that it is super cool. I think also it is very cold. Some parts of yesterday and today there was some sun and it was nice. I like the trains. It was very confusing and we got lost but it’s like an adventure. In the moment I was thinking ‘Oh my gosh are we ever going to get back?’ But it was an adventure. It was in the night too. I also have worked with some talented people since I have been over here so I love that.

You had the concert. How was the response to you there? It was really amazing but it was also different. How so? Because, when you perform in different places, different people react differently. And the reaction I guess was they were taking me in. They were more of a take in crowd. Which is pretty cool. 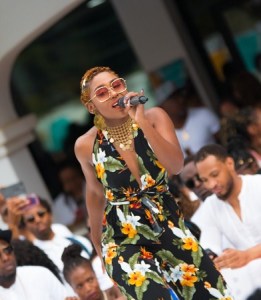 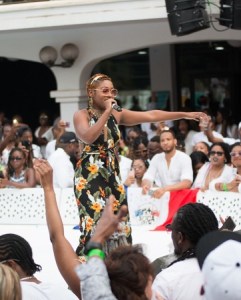 I want to go right back. If feels you have been doing soca for a long time. However, your first soca single was only out 17 months ago. You have a very different sound and style. What makes you so different? I would say my background. I come from a really intense musical family. My mom is an amazing artist singer/song writer, musician, actress.

She taught me the most of what I know. And besides her, there is my aunt who was very instrumental in my career in terms of my sound. My whole family was really. I have always been around musicians. I began singing from when I was two years old. I had my very first performance on a stage when I was fours years old. I started writing at the age of 11, playing the guitar at the age of 12. I was classically trained, I started doing my Bachelor’s for Classical Opera Vocals. Then I dropped out. So there’s that. I dropped out because I wanted to pursue my career full time. Umm cause it was really hard balancing school and that. I just felt like one was a priority and I chose this. Then going back, I did classical indian dancing growing up. So like you will hear east indian influence in my voice based on the type of music I was listening to as I had to dance to it so. And there’s the African influence where my aunt and uncles.. all they listened to when I was growing up was west African music, music from Senegal, Kenya all African music. My mum was a huge jazz lover so I fell in love with it. Some of my favourite artists are like Frank Sinatra, Billie Holiday, Amy Winehouse all contribute to my style. And I am doing Soca music. So it will influence it but make it really different.

You have been doing it for so long I guess you don’t get nervous performing? I don’t really… Well I guess I do get nervous when I am in new territory, when I feel like ‘ooohh I don’t know how they will respond to me’. Do they even know my music? How are they going to react? So maybe I might get nerves then. But most of them, I’m not really nervous.

Have you ever thought about this is not for me? Have you ever thought, ‘Hmm maybe I’ll be a dentist? Maybe I’ll be a doctor? Well no I’ve felt that way. But there have been times when I have been very interested in something else. And I thought ‘Which one do I love more?’ There was that time. But there was never a time ‘No I don’t want to do it.’  Fashion is really important to me. When I was about to do my bachelor’s I thought ‘Do I want to do fashion? Do I want to do music?’ And I thought ‘Girl who you playing? It’s music!’ 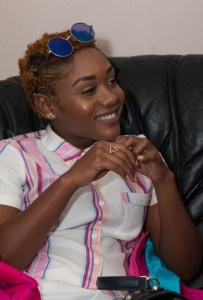 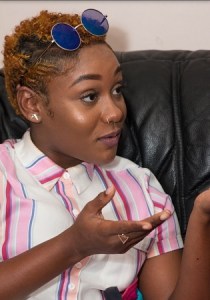 They way you are styled, in your last music video, they was almost that afro punk, boho chic. Is that your personal style or is it your team who have suggested the look? Well it is me, but some of my videos I was styled by other people. But I will choose stylists that capture me. So it started somewhere and that is me. I have designed a lot of my stuff from day 1. And when I got super busy, I couldn’t do it anymore. So I needed to find someone who could do it for me. But I am still doing my clothes, I have my line which is called SOKAH. It was actually my mum’s line which I am now taking over. I’m working on my first collection which is coming out for my birthday at the end of the year.

So how would you describe your style? I’m sexy hippie. Because it is very boho and rootsy. But yet it is still glamorus and it is sexy.

You’ve been working from 1pm today (it was about 9:30pm when we met Nailah). Where do you get the energy? From sleep and awesomeness. How do you stay in shape? I am not as fit as I would like to be. I honestly look at my pictures and think Oh my god girl you need to work out. But other than that, I dance I perform. I work out sometimes but I am not very consistent with it. I would love to be super gym like… I used to be like that but now I just don’t have the time you know?

And you guys have been working so hard and I asked your manager. How you prevent burn out? Well If I feel that I have had enough, I’m gonna get sick. I’m just very willing to do the things that I have to do to go where I am going to go. 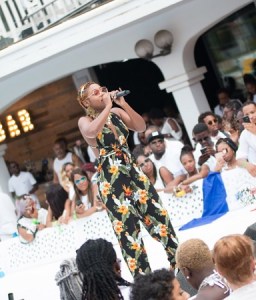 Let’s go back a bit.  How did you get into soca? As a youth growing up, my mother, I would do soca because my mum, my dad would put me in soca competitions. I knew always liked it but it was only later that I began to love it.

What made the change from liking soca to loving soca? Because I think I started doing soca my way. And I feel like, the reason why I didn’t love it is because I didn’t identify with it. Me as a child, as a teenager growing up I thought this is… less than. I always thought of it as ‘less than’ the music I would listen to. Only when it was carnival was round the corner I was listening to soca. But other than that time, I would listen to other things. And in my mind, it was ‘less than’. And I am sure a lot of other kids look at it that way as well. They look at it as a means to make money cause it is Trinidad and you can’t make money unless you’re singing soca. But other than that, I don’t think the youths respect soca. I know that I didn’t. Me starting to do it, I thought we are losing the culture, the soca, we are not respecting it.

How do you bring the respect back into the music? I would say to make younger people identify with it. To the point that they love it and not just make money out of it. You know what I mean? Whereas now a lot of kids come to me and say ‘Nailah, you’re an inspiration, you make me feel to do soca’ You make culture cool again’. That makes me feel good. Cause I think the Trinibagonians, we have a little identity problem. We always wanna be somebody else. We wanna be British, Jamaicans, Americans, somebody else just not us. 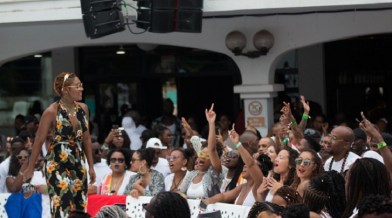 Manager Series: Into the mind of the Managers! 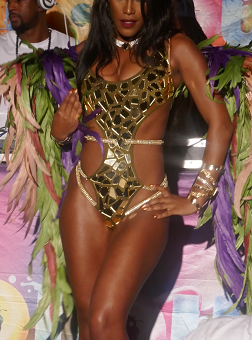 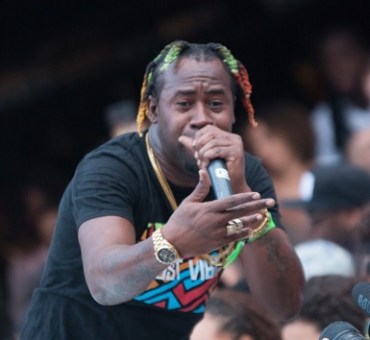