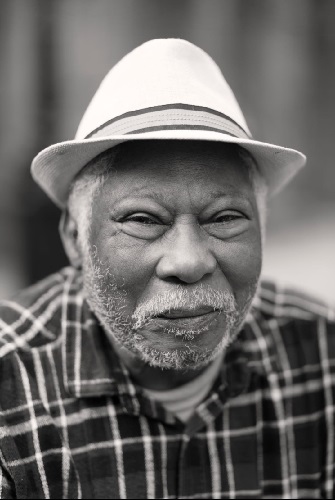 Notting Hill Carnival would not be as inclusive as it is today if not for Leslie Palmer.  Real Talk.  There would be no multiple trucks on the road, costume bands, stalls, sound systems or different Caribbean islands represented at carnival.  As director of carnival between 1973 and 1975 Leslie almost single handed renovated the second biggest carnival in the world and has received an MBE for his services. His health was not 100% but he agreed to have a conversation at the Tabernacle in West London.

How did you become involved with Notting Hill Carnival? I was a school teacher at the time and wanted to take a break from teaching. Carnival seemed to be dying. There was an advert in Time Out for all those interested in carnival to attend a meeting. There were only five people.  I gave my ideas. I said, ‘Carnival couldn’t be one band’. There were no stalls, no costumes. I thought ‘This cyah work’.

I went to blues dances and found out about the Jamaican sound systems. I said ‘Let’s bring in the Jamaicans and they were very keen. I also went to Harrow Road and found the Dominicans and St. Lucians.  I knew they drink in a certain pub. [laughter]

How did you know that? [laughter] I know. I got those two bands.  The miracle of that is it was seven weeks to go before carnival and it happened.

That is quite an achievement.  How did you manage that?   I don’t know darling…  I just knew that I could do it.  My strategy was to go to the black businesses and ask them for electricity and have a band play outside their door. I said, ‘You could make some money selling beers or food.’

From Acklam Road to Golborne Road was a great slum area at the time.  I decided to call the carnival that year ‘Mas in the Ghetto’. In those days, the BBC used to have an hour on a Sunday throughout the country which they called Reggae time or Caribbean time. People used to look forward to reggae time. In London, it was Steve Banner who did that. I thought that if I could get on this show, everyone would hear about carnival as everyone listens to it.  Luckily Steve and Smokey Joe, they were friends and I got chatting to them and they said ‘Come on the programme’.    I went on the show to talk about carnival. Then I had the idea ‘Why not broadcast live from carnival?’ Fifty thousand people came to carnival that year, I believe because of the radio station live broadcast.  I had six sound systems, six steel bands and only three costume bands; Laurence Noel, the Dominican Ladies and Peter Minshall.

Peter Minshell had a performance in May and brought all his costumes and acts to the carnival in August. Laurence Noel at the time contacted me and said ‘I have this mas man Mark Copeland who brings bands from the Caribbean’.  He said ‘We could make some mas quick quick quick to wear’

I thought you can’t have carnival without food and drink.   I asked the market people, ‘Could you lend me some stalls?’ I charged £5.00 to rent the stalls and £10.00 for the ice-cream vans.  Now, they are charging £500.00 for the stalls.  I used that money to pay the stewards. It took shape and in three years it turned into 250,000 people.

You ran the carnival for three years and grew it exponentially.  Why did you leave? A mixture of different things.  Sometimes, people can be so critical of you. I used to go to a pub and someone said to me ‘A Leslie, you looking good boy, all that carnival money’, implying that I teef the money.  That hurt me, that burn me. I thought ‘I don’t need this’. I said I’m ready to move on.

Chris Blackwell, Bob Marley’s record team had a studio here. He called me and his exact words were ‘You’re a good promoter because you have taken this little carnival and made it into this great big thing.  That’s a gift you have.  I want you to do the same with reggae.  I want you to help me make reggae a world wide music’. We want to Italy, France. We took Third world Music and Zappo with us. Bob Marley wasn’t famous at the time.  Our theme song was ‘This is reggae music.’ We went to Nigeria as the market there was known.  I went on all the radio stations, all the TV stations there.

So you helped to shape carnival and helped to bring international attention to reggae.  Anything else you had a hand in?  [laughter] Nooo that’s it.

You go by many names: Teacher, you’re also known as ‘The Wounded Soldier’. Ooohhhh you know a bit about me. [laughter] How did you get that name? I wanted to sing. I wanted a Calypso name.   I chose the name ‘Wounded Soldier’ because in Trinidad we would play war mas. Inside war mas, we had men who were wounded in war with bandages.  In that band a friend of mine was shot so I took that name.

You accomplished a lot in your life; teacher, carnival renovator, reggae promoter.  What are you most proud of? I think the carnival.  It opened a lot of doors for a lot of people.  When you walk through the carnival you see so many people making a living. The carnival was good to me.  It also opened doors for me and I got to meet people such as Bob Marley.

And you have an MBE?  Yes for that an my contribution to music.

So that was your past, what are you doing now? Well I have been doing the Pioneers for the past several years.  I thought maybe people of your age, you never know how this carnival really started. I thought doing this as a stage show. It has become really popular.

Where do you get all this energy from? You’re still working…  I don’t know but I think I need to slow down.  I’m not in the best of health.

Carnival has changed a lot since you were involved.  Are you happy with the way it is now? Yes I think so.

An absolute innovative pioneer. Leslie was instrumental in shaping Notting Hill Carnival, having it reflect the UK multicultural Caribbean population. He helped promote and grow the UK reggae industry internationally.  Now, when most choose to retire and rest, Mr Palmer is continuing to give back to the community. He has an MBE. However, there is nothing directly associated with Notting Hill Carnival, which can be recognised annually for Leslie.  There is Wilf Walker Stage and Horniman Place. It would be great to see something like the Leslie Palmer Judgement Stage.  This man deserves it. 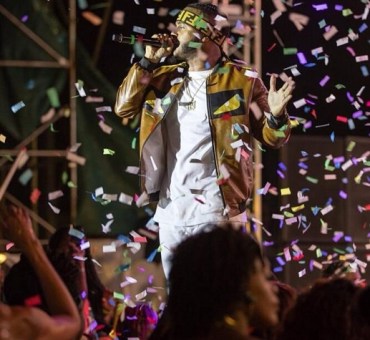 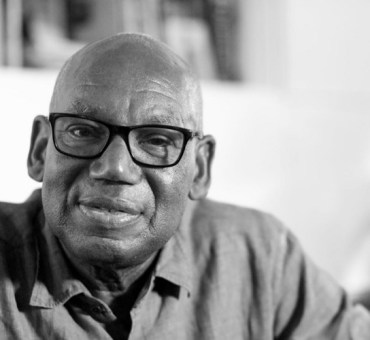