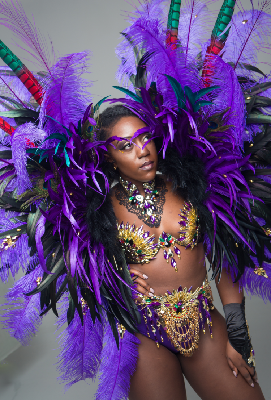 Yes, Release D Riddim have stepped up with their costumes this year. So much so that two sections sold out at the launch.

Release D Riddim (RDR) is the team that brings you the popular Red Eye fete in London, ‘Responsibly drinking rum’  apparel and have launched their online magazine ‘Completely Caribbean’. RDR have been active for ten years now. They play internationally which includes Germany, Rotterdam, Grenada, Barbados and the US. I know them for having the best vibes on the road. The music never fails. And their costumes over the past few years have gotten better. I know the team is hyped about this year’s costumes so I was eager to see them.

The launch was held at the Tablernacle and there was a good turn out. Perhaps one of the fullest I have seen at the Tabernacle for a band launch. Hardwine was doing his thing on the mic and trying to entice people to come out from the shadows and head to the front. A raffle took place prior to the launch where you could get £75.00 off an RDR costume. With music in hand and the crowd ready, the launch began with the t-shirts and Fun mas. 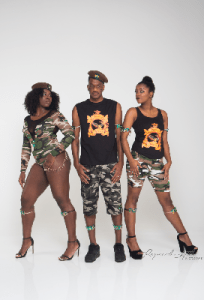 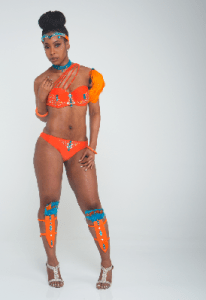 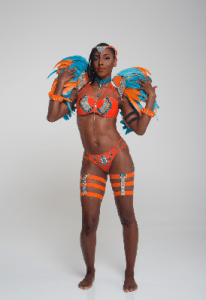 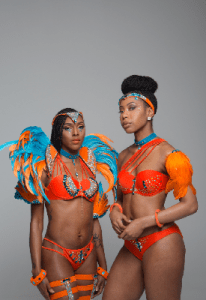 Release D Riddim has four designers/designer teams this year. Maria Kerr (first time designer) designed Khadira. Not bad for a first attempt. I always like orange and turquoise colour combinations. The prices in this section range between £160 and £220. 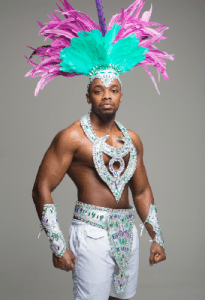 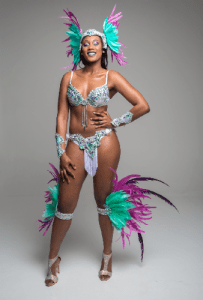 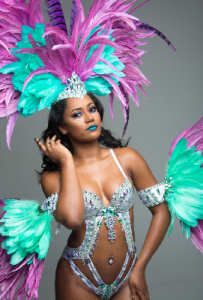 Edtahil from Silk and Stone Studios designed Sapience. The costumes were of pastel colours in white, lilac and blue with bling. I liked the body piece worn by Rayy (the frontline) and the male costume appeared to have a bit more bling compared to some I have seen in the past. Prices range between £190 and £290 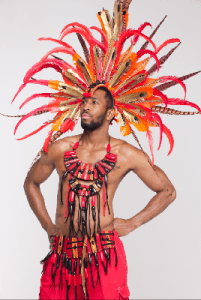 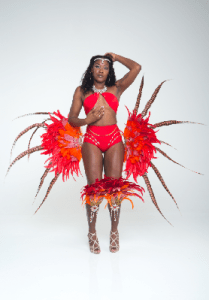 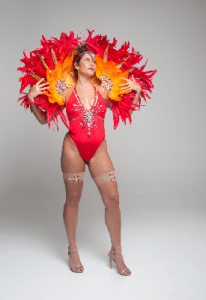 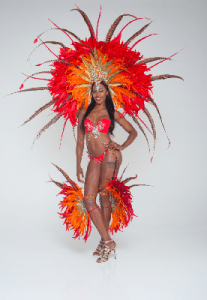 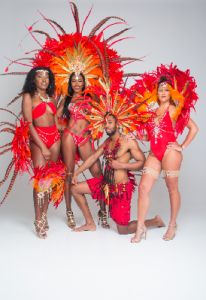 Nadine from La Bella Neri designed Ascendence. I liked the red and orange combo, the male neck piece and head piece. And of course with Andrea Cha Cha in the ultra, it looked extra good. Prices range between £160 men and £300 Ascendence ultra. 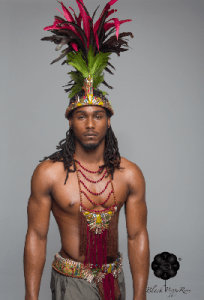 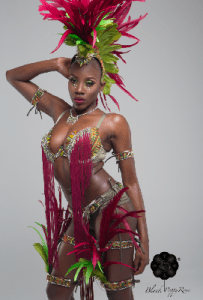 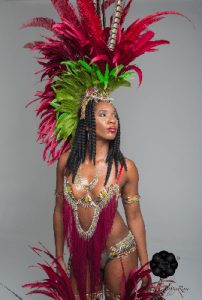 Carmell Powell from Pure Feminie Energy who designed Freedom last year was the designer of two sections. The first was Maroon which ranged between £200 backline male and £380 maroon ultra.   I liked the movement of the tassels and just that extra bit of coverage which they give. The leg pieces and headpiece for Maroon ultra was impressive. 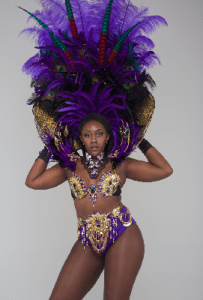 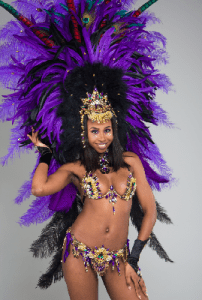 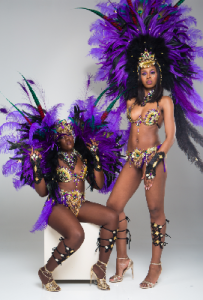 The second and star section of the night has to be Supremacy, the premium purple section.   I really liked the body pieces. It was something different for RDR. The headpiece had some serious height with several layers of feathers and the shapes of the collars was not that which I typically see. The accents of red and green and peacock feathers together with the dominant colour of purple, gold and black gave this costume an air of royalty. Prices range between £450 for the collar and £480 for the back pack.

This was a really good launch for RDR. We know this band always has vibes on the road and it appears this year they will have costumes to match. The prices have gone up this year. But Supremacy and Maroon Ultra have sold out.  Seems people walked with their costume money last night ready to buy! Congrats Release D Riddim!!

For more information on Release D Riddim please visit, www.releasedriddim.com, Release D Riddim on soundcloud, mixcloud Facebook, Instagram and Twitter. Please also visit rdrgalavants on instagram and www.completelycaribbean.com. All photography included in this article is at the courtesy of Raymond Lyttle. 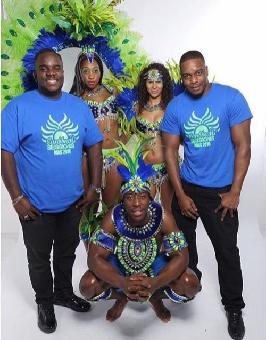 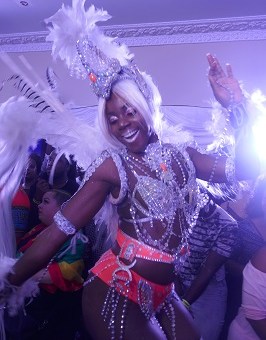