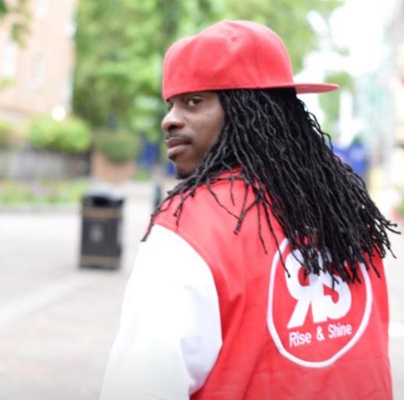 S. Rise has been around. He helped form Frenglish Connexion along with Dundee and K9 (UK rapper and producer). He has also supported artists such Beenie Man, Féfé (Saïan Supa Crew), Phife Dawg, Chip-Fu and Jean Michel Rotin in concerts around Europe. In Shoreditch, London, UK, I find out more about this creole conscious artist. 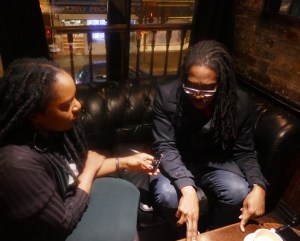 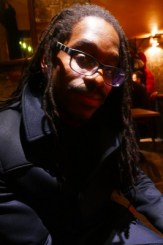 Can you tell us a little about you?   I was born and raised in Guadeloupe and moved from Guadeloupe when I was 19.  I moved to England literally to work and learn English, to sing and write in English.

I would have thought that from Guadeloupe you would have moved to Paris…  Yes, that is what usually happens but I did not want to do like everyone else. And I could have gone to the States but the states was more complicated in terms of paperwork, applying for a visa.  A cousin of mine who lived in the states said it would be better if you moved to England. You don’t have to marry anyone [laughter].

I came to England with a very neutral way of seeing things.  I was very young so I just embraced it all, starting with the cold.  I knew it would be cold; I brought my coat, I brought my gloves, I bought my hat.  I couldn’t speak a word of English.  I walked with a small dictionary in my pocket; worked in a restaurant for £1.50 an hour, but having said that I lived in the staff house so food and rent was covered.

How did you then move into music? I was into music from 17. At college, in Guadeloupe, every year there would have two major events to create awareness in the school about Aids or violence or any type of abuse for us as youngsters. The top teacher at the school knew that me and my friend loved music.  We used to rap in the classes sometimes and the teacher picked up on that and said ‘I think those two might want to write a song for that event’. We did one where it was against violence and performed it.  It started like that and every year we would write a song. 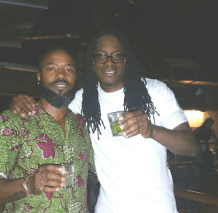 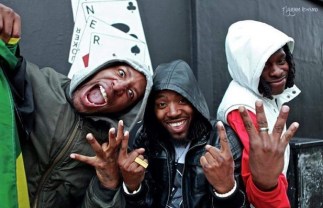 So how did you get into music here in London?  Here? My friend Dundee used to organise parties and I used to be a hype man. Noooo really? Yes, and I would write one or two verses. From there one of the men, he was into music and wanted me to hype up a song for them.  So, I went in the studio, did that in one or two three tracks.  Then the engineer asked me to write a song on top of the beats.  And I wrote something.  And after the first song, Dundee and I started the collective of artists called Musicalistik. We arranged gigs here in London and in Paris. That was early 2007, 2008. After Musicalistik, we started another group called Frenglish. And from Frenglish, things started to take off. In 2010, I released my first single as a solo artist. It got played in Guadeloupe, the video on TV and the song on the radio so it was very successful. At the time what really pushed me was I was going through some personal madness; broke up, was in hospital, nearly died. And I think literally it was music that gave me that boost.  My friend came to me in hospital and said ‘You know that song you wrote? I think you should do something with it. I’ll invest in the video’. And that was that.

Why the name ‘S. Rise’? I always wanted to have a name that I could relate to for the rest of my life. So ‘S’ stands for Sandro which is my first name. And ‘Rise’ is like… it is word for me to remember that no matter what is happening you must keep rising.  Having a name that I can relate to was important to me.

How would you describe your sound?   I would say conscious to be honest with you. My sound,  I don’t know if, I think I’m still…  the core of it is reggae but I don’t know if you’ve listened to what I did with Frenglish, it’s got nothing to do with the sound that I am doing solo.  So, from the time that the beat talks to me, I don’t know the inspiration will come. But the core of my sound is reggae at the moment.

Were you always drawn to reggae?  Yes, I was.  Why reggae?  It was talking to me.  Because at college at the time, Sizzla was talking to me and the power of his music.  His music, Capleton, Buju.  I couldn’t speak English, so I didn’t understand what they were talking about.  But the power that was coming though the music just grew in me and got me that way.  My older brother had a tape from Bob Marley and I used to play it and play it until I couldn’t play it no more. 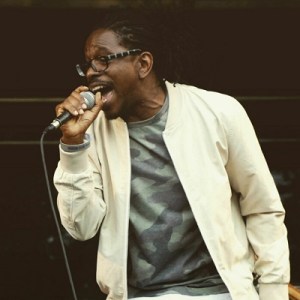 Music talks to you.  Is there any type of music that doesn’t talk to you? Noooo I wouldn’t say so.  I am open to listening to any type of music.  But to put my voice to it, it has to touch me.

Are you happy with where you are right now at in your musical career? Do you have any regrets? I don’t have any regrets, I appreciate the journey so far. I’m not where I want to be.  Where do you want to be?   I want to be an established artist. At the moment, I am still working full time and doing music on the side and I would love to be an established artist and be able to work up and do music, earn my living with music.

What keeps you going?  Music is kind of like my remedy. You know? When things upset me, frustrate me, things I see round me or things that I want to express, then that’s a way for me to express it.

Do you think your music has changed over the years?  I think it has grown. Erm, it is grown in terms of, now I understand the power of the words.  Because words are very powerful.  Even when we are talking words have a certain energy that they…  how do I say?  They are vibrating with a certain energy’.  So, imagine when you put that in music.   So that’s why I kind of disagree with certain artists that say, it is just music. My music don’t influence the youths dem to do this or do that.

So we would never find you talking about ‘Bun fire, bun them…  I can bun fire [laughter] I can bun  but you won’t see is me having a bunch of naked girls in my videos or speaking about them in a disrespectful way.  I think that there is enough of that out there. I will speak in a positive way. 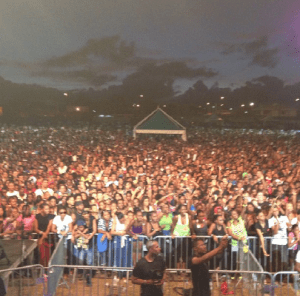 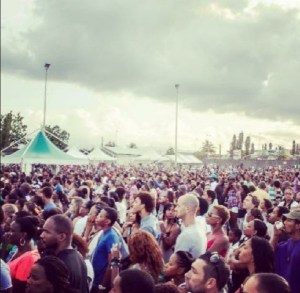 What have you been most proud of to date? I’m proud of a few things.  We’ve done two albums with Frenglish. I wouldn’t say that there is one particular thing that I love. I love every single part of it because today I can talk to you and we talk about what I have done.  Without that we wouldn’t be able to talk today. I enjoy every part of the journey because it is an experience and it’s me building my foundation.  Having said that, the top one now was 2013 when I performed in front of ten thousand of people in Guadeloupe.

Since at the core of your music is reggae, would you ever consider moving to Jamaica?  I would go in and out of Jamaica, why not? That might be the next step. Or maybe not.  If my name is bubbling here, then I am good.  I’m on an international platform here in Londn. If my name gets big here, the whole world will hear from me.  The reason I say that … look at Gappy Ranks for example.  He made his name here. Because London has this power.  When it is bubbling here, people look at it. For example, with Frenglish, we got more exposure than other underground artists because we were based in London.

Who would you like to work with?  I would love to have a song with Queen Ifrica if I have the funds. Admiral T, Kalash, Esy Kennenga. I would say Chimpunk as well.

In terms of the creole music in this country, what are your thoughts? Do you think the creole music culture is recognised enough here?  I think for us to be heard more we have to get together. I’m talking about the Dominicans, St.Lucians, Gualoupeans, Martinicans, Haitians, so we need to get to get together to do things.  When that happens, the platform will get bigger. And people will share it. 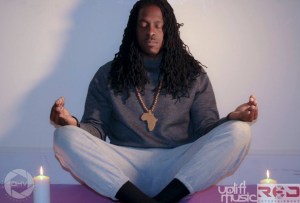 So, there you have it.  The artist who reflects deeply on the power of words and music, despite it sometimes being in another language.  S. Rise sees music as his remedy for sadness and struggle. A man who sees his core as ‘conscious’. Talking to him, there is a deep, mellow, reflective vibe. And he has so much more to give the world.  Rise up S. Rise, Rise up!

For more information on S.Rise, please visit www.sriseofficial.com, S.Rise on Facebook and instagram.  Images used with authorisation of management.

Frolic Nation And The Man That Is JP Poteon! 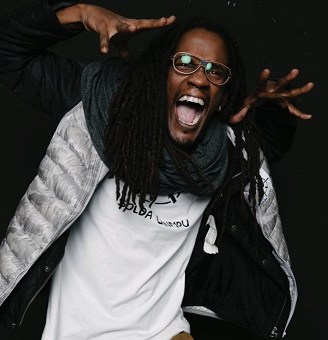 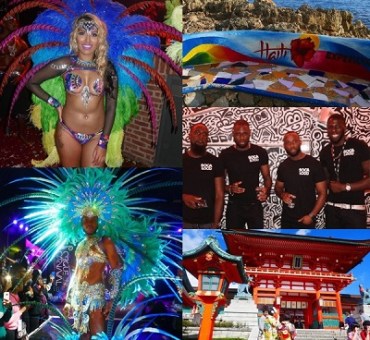