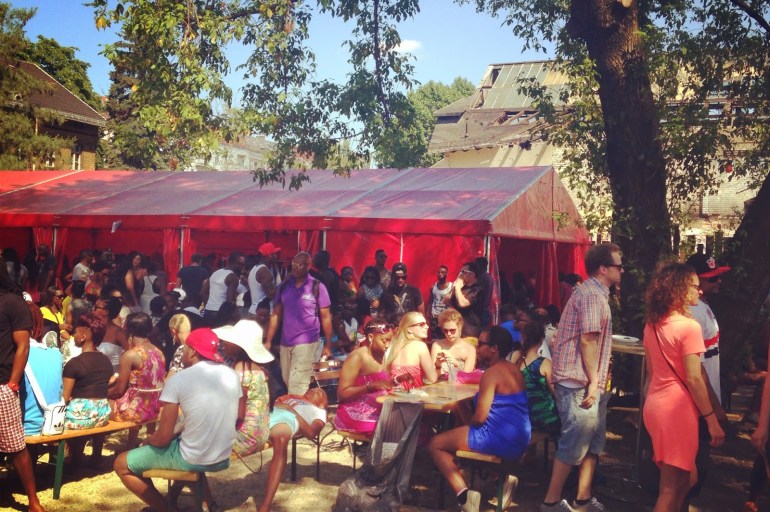 Wake only a couple of hours after we went to bed. I swear, felt like I had one hours’s sleep. Wake up, crew coming into our room as we try to get ready, music blasting, drink running, jokes and wining start already and off we go to the BBQ! It is hot, hotter than yesterday. The Berlin underground system is so easy to use so that was our mode of transportation to get to and from most of the events.

At the BBQ, the first port of call for those in our little group is to collect the band t-shirts for the road tomorrow and to collect or buy tickets for the Machel Montano Glo concert later on tonight. Those tickets were scaaarrrrrrcccceee! They were gone before you could sing the first verse of ‘Big People Party’. Praise the powers that be that I got mine months before hand!

It was a great atmosphere! Enough seats to seat or space to dance. Old friends catching up with each other cause, well it didn’t seem that was a priority at the soca on the beach yesterday.. ahem. And making new friends.

Food? I can’t tell you anything about that, didn’t try it. From all accounts it was better than the previous years. The bar once again was ridiculous. I think the organisers truly underestimated  the numbers of people who would be attending their events. Again, rows deep, waiting for so long as people ordered unbelievable amounts of drinks in one go so as not to wait again.  And invariably, that made the wait longer for others.  But hey, a few grumbles, but people waited.  That’s one of the things I love about the soca family. We doe fight.  We are out to have a good time period. Fights breaking out in a soca fete are so rare almost to the point of non existent.

Just in front of the DJ, the dancing start. There are a couple of songs that are guaranteed to get the crowd in a frenzy. Put on Soak it good by Skinny Banton? Game over!!! For the whooolllleeee weekend all I hearing is salt fish salt fish.So the dancing, the drinking, the liming.  All that in abundance until late evening. Then head home to get ready for the Machel concert. 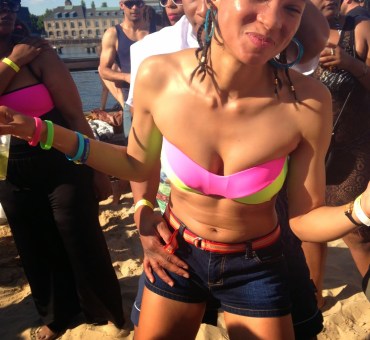 Soca on the Beach Afterparty 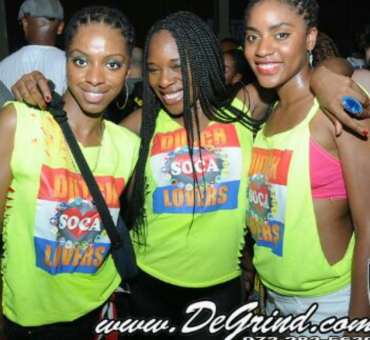