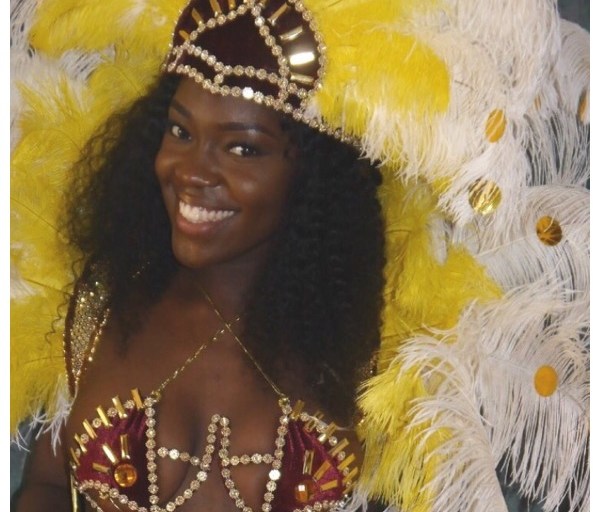 I love it when a mas band creates costumes but also empowers and gives back to the community.  When I got contacted about this band, I knew I had to cover them.  Introducing Urban Touch Carnival Group. 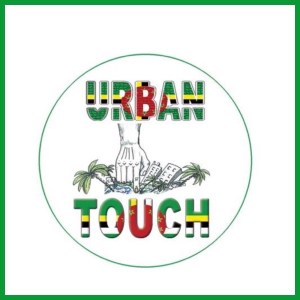 Created in 2007 in Hackney (East London), assistant band leader (Ms Jasyme Robinson-Martin) tells me Urban Touch Carnival group contemplated some of the concerns of the local community such as  anti-social behaviour, crime, and the tense relationships between the young and the older generation. Through the Caribbean arts and culture, young people are supported in contributing to the community. They engage in all stages of the carnival preparation process; from deciding on a theme, to creating music for dance routines and deciding on promotional campaigns.  This way, the young people of East London learn about the Caribbean arts and develop their skills.

Urban Touch consider their band family.  They do encourage people from all ages and backgrounds to join their band.  Presently, this band consists of young people and adults between the ages of 12-26, whose ethnicity is primarily of African and African-Caribbean descent.  Urban Touch is at Notting Hill Carnival on Carnival Sunday and Monday. On the road, the music will be mainly soca with a splash of bouyon, zouk, dancehall, Afrobeats and Hip Hop. I hear zouk and bouyon and I am liking this band even more. Their motto for this year; United we Wuk, Divided we Bruk, Together we are champions.  This leads to the theme for Urban Touch’s costume this year.

The costume theme Notting Hill Carnival this year  for Urban Touch Carnival Group is ‘Champions’.   Jasyme explains this year,  it was important for Urban Touch to have a theme to celebrating the community as one and as Champions.  And nothing encapsulated this more than the success of the West Indian Men’s, Women’s and U19s Twenty 20 cricket teams. Jasyme states ‘The success of the cricket teams showed us what we are capable of when the Caribbean islands come together as one nation’. 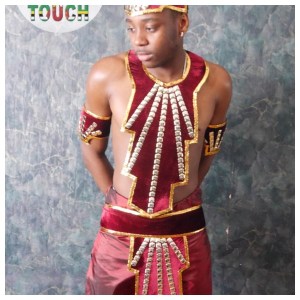 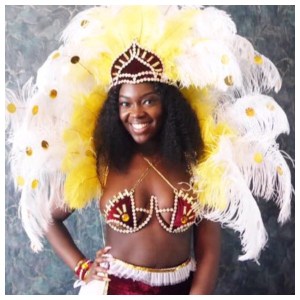 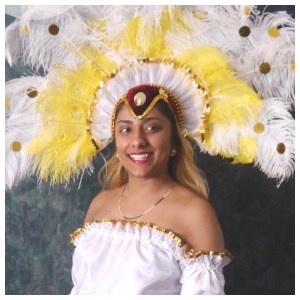 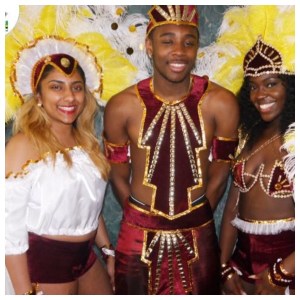 From the costumes,  the link to the West Indies Cricket team can be seen.  Maroon which is the most prominent colour of the West Indies cricket team uniform also is prominent in this costume.  I am told gold was included to signify prosperity, winning, riches and of course Notting Hill Carnival’s 50th year.  The colour white represents purity and peace. Adult costumes start from £100. Children’s costumes are also available. However, this is upon request. Also there will be a t-shirt section (packages will be released shortly).

For a band whose focus is inspiring and empowering future generations and is not afraid to tackle serious community issues,  a band who wants to see the Caribbean islands working closer together, a band who will play soca but give you a bit of zouk and bouyon, Urban Touch Carnival Group is your band!

Flagz Band Launch: The Next Chapter

‘Not Asking For It’ Carnival Band Launch; An Interview with Fiona Compton. 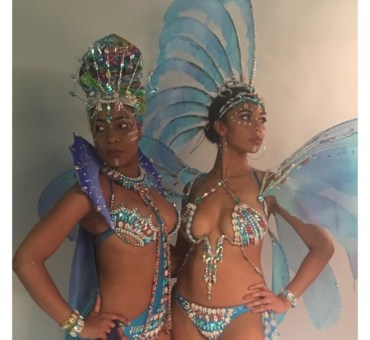 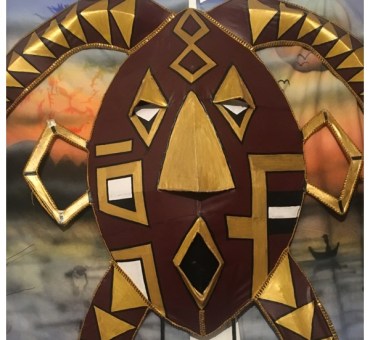